The meetings centred on reviewing the main aspects of the Headquarters Agreement and Annexes of the Third United Nations Conference on Housing and Sustainable Urban Development (Habitat III), to be held in Quito in October 2016.

Habitat III, which is expected to be attended by about 40,000 people, including mayors, ministers, academics, researchers, planners and experts on habitat of the 193 UN member states, is one of the most important worldwide Forums and happens every 20 years.

The activities of the Executive Director, who is also the Secretary-General of Habitat III, began on May 31 with a tour of the historic center of Quito and then continued with a coordination meeting in the Ministry of Urban Development and Housing with Minister Duarte, Ambassador Diego Morejon, representatives of UN-Habitat and other authorities.

Dr. Clos then visited the Carondelet Palace, where he was received by President Correa. The two discussed the agenda of the event, in which the New Urban Agenda should be adopted. "One of the goals of Habitat III will be to relaunch the global commitment to sustainable urban development focusing on New Urban Agenda," said Dr. Clos.

Habitat III will be the first World Summit of the United Nations after the adoption of the Sustainable Development Goals and will serve to review and evaluate the commitments made at Habitat II, which took place in Istanbul, Turkey, in 1996. 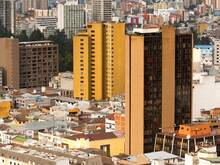 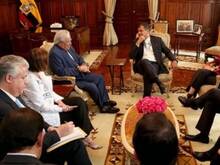