Nairobi, June 2020 – A new Report on COVID-19 in African Cities has found that the quality and nature of Africa’s urbanization exacerbates transmission rates of infectious diseases like COVID-19 and makes containment and response measures harder.

The Report produced by UN-Habitat, the United Nations Economic Commission for Africa (UNECA), the United Nations Capital Development Fund (UNCDF), United Cities and Local Governments of Africa (UCLG-A), the African Development Bank (AfDB) and Shelter Afrique, takes an indepth look at the impacts, responses and policy pathways related to COVID-19 in the context of cities in Africa

More than 600 people joined the virtual launch of the Report on 16 June which featured a panel of six experts moderated by the Chair of the Urban Think Tank, Alioune Badiane. He started off by acknowledging the key role played by local authorities in addressing the challenges created by COVID-19 despite the shrinking revenues and lack of adequate human and technical resources.

The discussion revolved around the impact of the pandemic on economic development and industrial transformation, the role of local governments, the resilience of municipal finances and role of financial institutions and the need to increase housing supply beyond the pandemic.

“The lock down is really hitting the lowest paid people in African cities who are working in the informal sector. They often live in the most overcrowded areas where they can not protect themselves from the pandemic and there is no work to enable them to feed their families,” said Oumar Sylla, acting Director of UN-Habitat's Regional Office for Africa.

The Chief of the Urbanization and development Section at UNECA, Edlam Yemeru said: “The effect of COVID-19 on African economies has been quite severe. We can expect 29 million people to fall into poverty as a result. 19 million jobs will be lost across formal and informal sectors.”

Jean Pierre Elong Mbassi, Secretary-General UCLG Africa explained that: “The fight against the pandemic is not only financial, economic and health-related. The sociological and anthropological aspects must also be taken into account. Many people don't understand the rush in burying their loved ones that has been imposed in some countries. Africans have a very intimate bond with their ancestors and want to give the dead all the attention and consideration they deserve during the funerals. However, the management of the fight against the pandemic has not given sufficient thought to this aspect.”

“COVID19 will impact cities more than other areas. The amount of tradeable activities and the share of slums in cities makes this inevitable,” said Dmitry Pozhidaev, Regional Technical Advisor, UNCDF who was another panelist.

Muhammad Gambo, Manager in charge of Policy, Research and Partnerships, Shelter Afrique stressed the fact that “construction of affordable housing can act as a catalyst to kickstart economies by providing investment in infrastructure and creating jobs.”

“COVID-19 is an emergency sitting on top of other emergencies. Focusing on affordable housing could be a way of getting people back to work and could also address the gaps in our cities,” said Stefan Atchia, Chief Urban Division, AfDB.

Commenting on the Report’s finding that women are the most affected, Yinka Adeyemi, one of the participants stated "We need to upscale collaborative partnerships with women organisations that work closely with communities. They ensure shelters remained open for domestic violence victims, and channel public health education messages to women.”

The Report, available here, will also be available in French shortly. 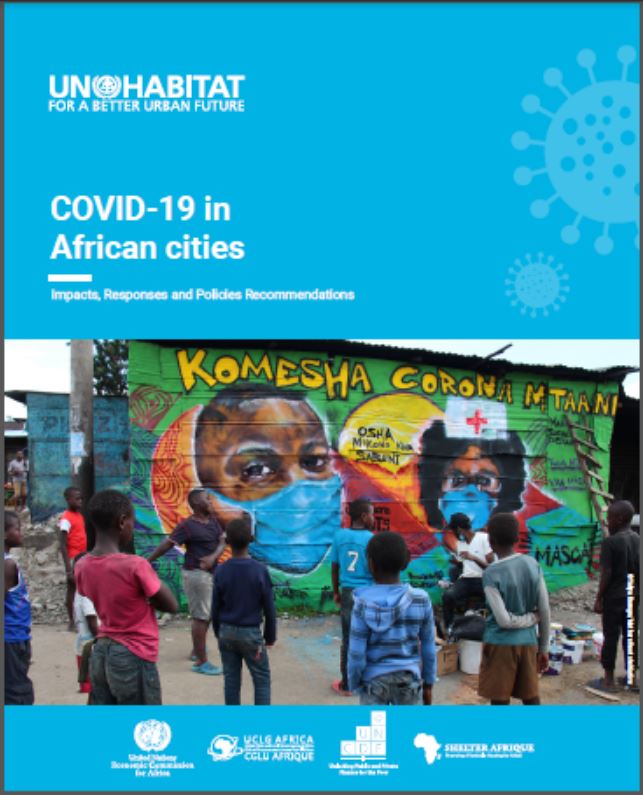