Nairobi, 23 March 2022 – UN-Habitat and partners continue to arrange bike rides in various Africa cities to inspire officials to recognise the importance of cycling and to promote it as an efficient and egalitarian mode of transport among politicians interested in contributing to socio-economic development.

Greater awareness and acceptance of cycling as a sustainable and pro-climate mode of transport by government officials in African cities is necessary to integrate cycling as an essential part of transport plans and investment decisions.

UN-Habitat advocates safer and more inclusive cities through promoting walking and cycling as attractive, sustainable and efficient forms of mobility and has enjoyed support from the International Climate Initiative’s Growing Smarter and Urban Pathways projects, as well as the Reclaiming Streets Initiative backed by the United Nations Road Safety Fund. These projects support the transition and retention of low carbon mobility through the empowerment of those who are most vulnerable on urban streets.

In February, a bike ride event in Tanzania’s Dar es Salaam became a platform for officials to experience cycling in the city and for local cyclists to meet the decision-makers.

Edwin Mhede, the Chief Executive Officer of the Dar es Salaam Bus Rapid Transit (DART) agency flagged off the event, which a number of city transportation offices including the Tanzania National Roads Agency (TANROADS) and the Land Transport Regulatory Authority (LATRA) participated in.

Mhede said local authorities are contemplating the development of a cycling policy that would align both with the need of vulnerable road users and the expanding DART systems. This would include implementing a continuous cycling network along the Bus Rapid Transit (BRT) corridor.

Cecilia Andersson, from the Urban Mobility team at UN-Habitat, and Dorica Amos Mogusi from the Institute for Transportation and Development Policy (ITDP), stressed the importance of addressing the needs of women and children in the bus network.

“It is time to think of inclusive infrastructure,” said Dorica. She echoed the importance of integrating universal access into the areas surrounding the BRTto address the needs of vulnerable groups and ensure that these spaces are walkable and safe.

Hassan Rugwa, the Regional Administrative Secretary of Dar es Salaam, committed to planning regular car-free days and encourage walking and cycling along specific routes in the city. Similar initiatives have been undertaken in Kisumu and Addis Ababa with the support of UN-Habitat.

Earlier in January, UN-Habitat organised a similar event in Kenya’s Mombasa, in cooperation with the ITDP, local governments, and cycling non-governmental organisations. 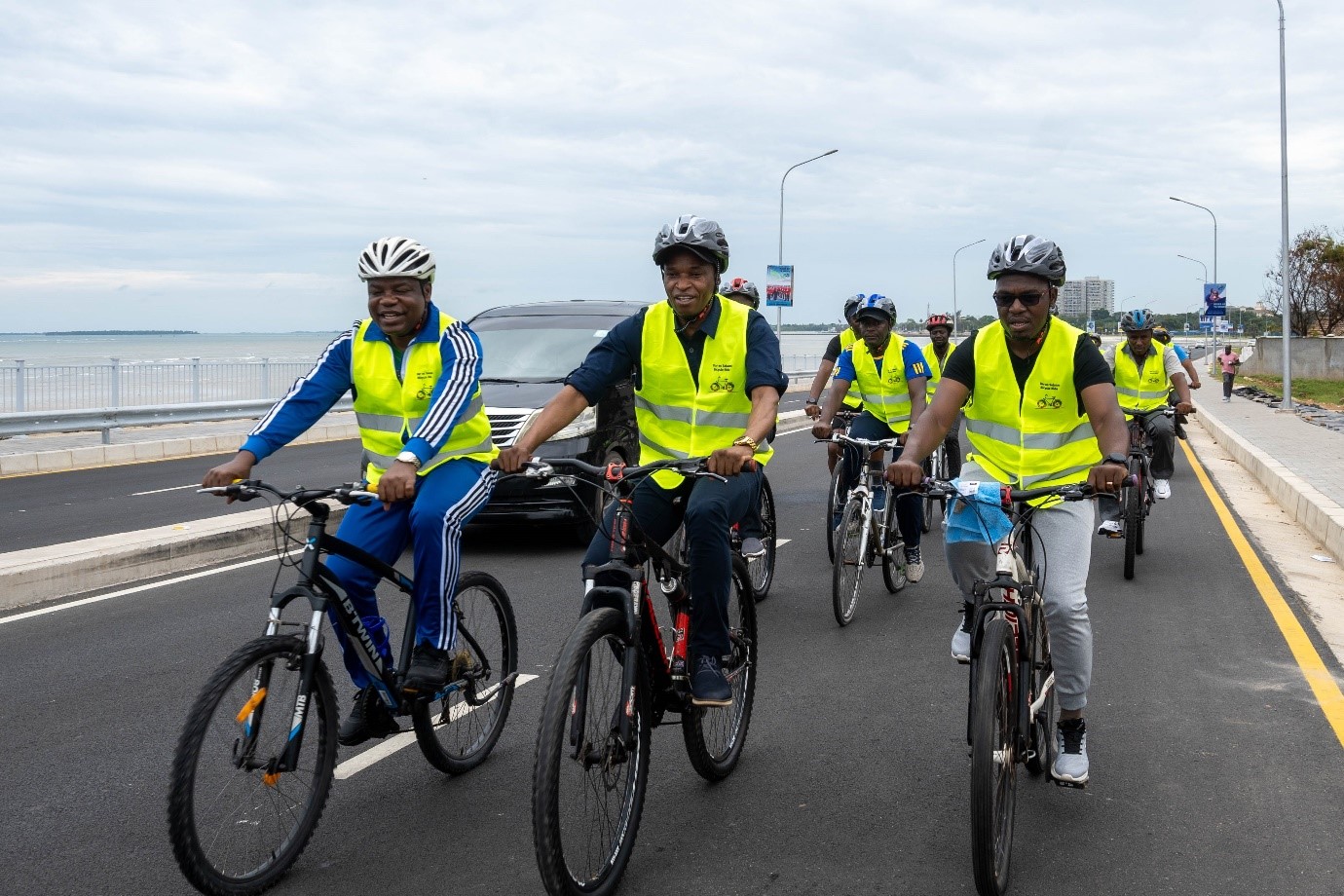 The estimated 30 bikers in Mombasa brought together representatives from the Mombasa County, the Kenya Urban Roads Authority (KURA), the Kenya National Highways Authority (KeNHA), and the National Transport and Safety Authority (NTSA), amongst others, to experience the existing infrastructure. 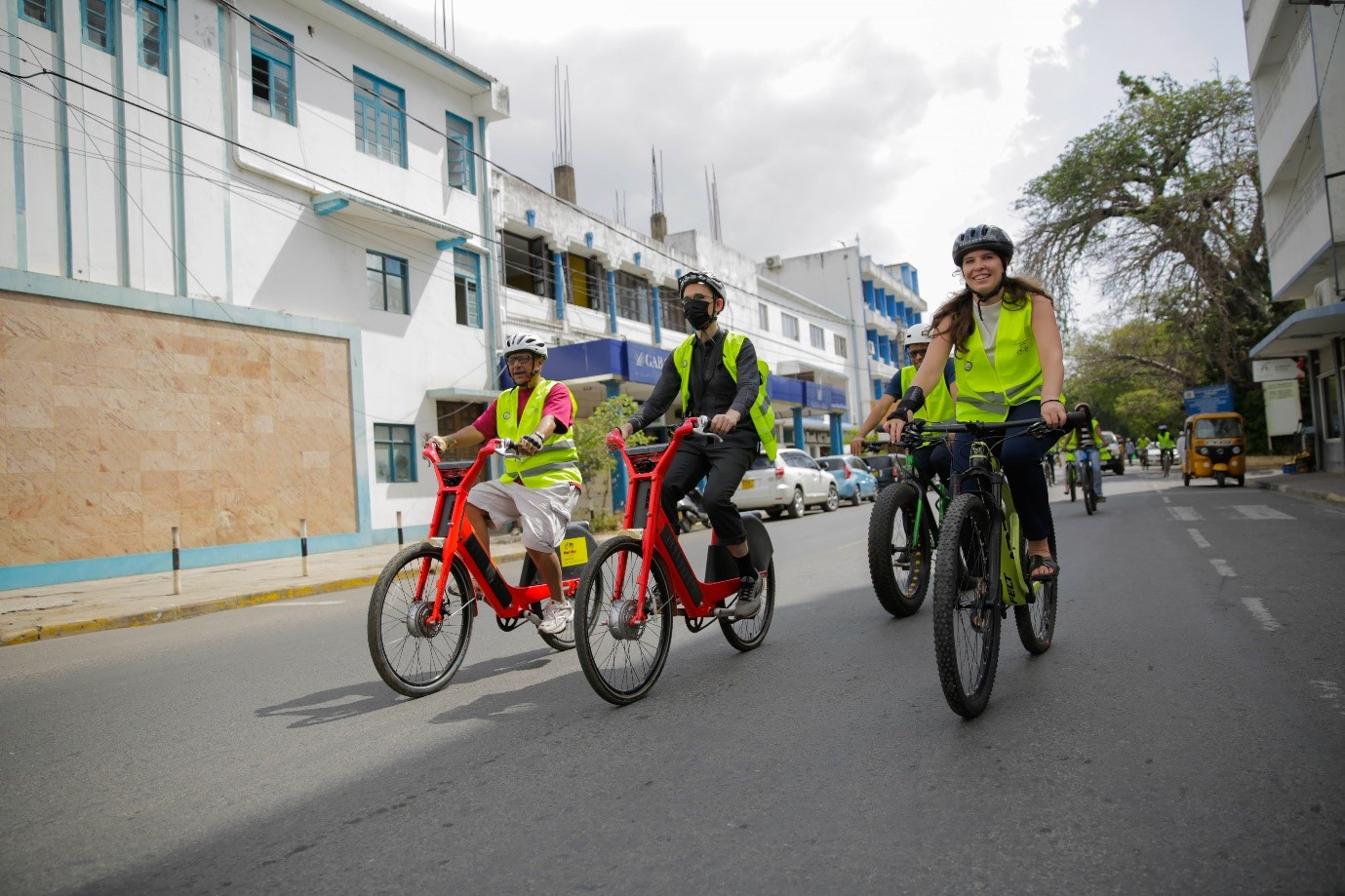 The event was flagged off by the County Executive Committee Member in-charge of Transport, Infrastructure and Public Works Taufiq Mohamed Balala who said the city was committed to improving conditions for commuter cyclists. The majority of residents in Mombasa rely on walking and cycling.

The bicycle ride was followed by a workshop in which participants shared reflections on the experience. Everyday cyclists who joined the session and the subsequent workshop stressed the significance of ensuring separate, dedicated infrastructure and the benefits of bikeshare systems.

Bala said interventions “must be systematic” and that local authorities have set plans in motion to improve conditions for non-motorized transport (NMT). He has recently spearheaded the “Red Carpet for Pedestrians” initiative which has seen red tiled pedestrian infrastructure being integrated throughout the city.

ITDP’s Africa Director Chris Kost urged government and partners to engage further on sustainable urban mobility and to endorse the Street Design Manual for Urban Areas in Kenya. “It is really important that we have good designs for our streets,” said Kost. The manual aims to accommodate all users as well as address challenges related to air pollution, and  deteriorating urban environments in Kenyan cities.

In workshops after both events, participants acknowledged the shortage of non-motorised transport infrastructure and the poor safety of cyclists. They all agreed on the fact that government should make pedestrian and cyclist lanes mandatory for all roads.