Toronto, 17 March 2020--The Second Urban Economy Forum (UEF) will be held in Toronto on 5-6 October 2020 in conjunction with World Habitat Day.

Two of the co-chairs of the Urban Economy Forum, Mr. Marco Kamiya, Senior Economist with UN-Habitat’s Knowledge and Innovation Branch, and Mr. Anantha Krishnan, Senior Advisor UEF sent an invitation to all interested parties for the meeting to be held at the York University.

“We invite all stakeholders in the profit, not-for-profit, private, and public sectors to join us at UEF2020 in Toronto, Canada to monitor the progress that has been made thus far and further actions needed in leveraging the potential of cities to meet the 2030 Sustainable Action agenda deadline,” Mr. Kamiya and Mr. Krishnan said.

Key themes for UEF2020 will further the sustainable urbanization dialogue with a focus on Sustainable Housing, Youth, City Prosperity Initiative, Big Data of Cities, Environment, and Equity, Gender, and Minorities. The themes will be viewed in the context of Urban Sustainable Development Goals,” he said.

This year’s event follows in the footsteps the one in October 2019, when the Urban Economy Forum hosted its inaugural conference at York University and was opened by Prime Minister Justin Trudeau. The Premier’s official statement was supported by Government of Canada while Julie Ward, a former British Member of the European Parliament, delivered the opening address.

Over two days, keynote speakers and high-level delegates from around the world participated in the Forum. On the second day a roundtable was held to allow speakers to discuss topics deliberated on the previous day and to participate in formulating the resolution of UEF2019. Hon. Lieutenant Governor of Ontario, Elizabeth Dowdeswell opened the roundtable session. 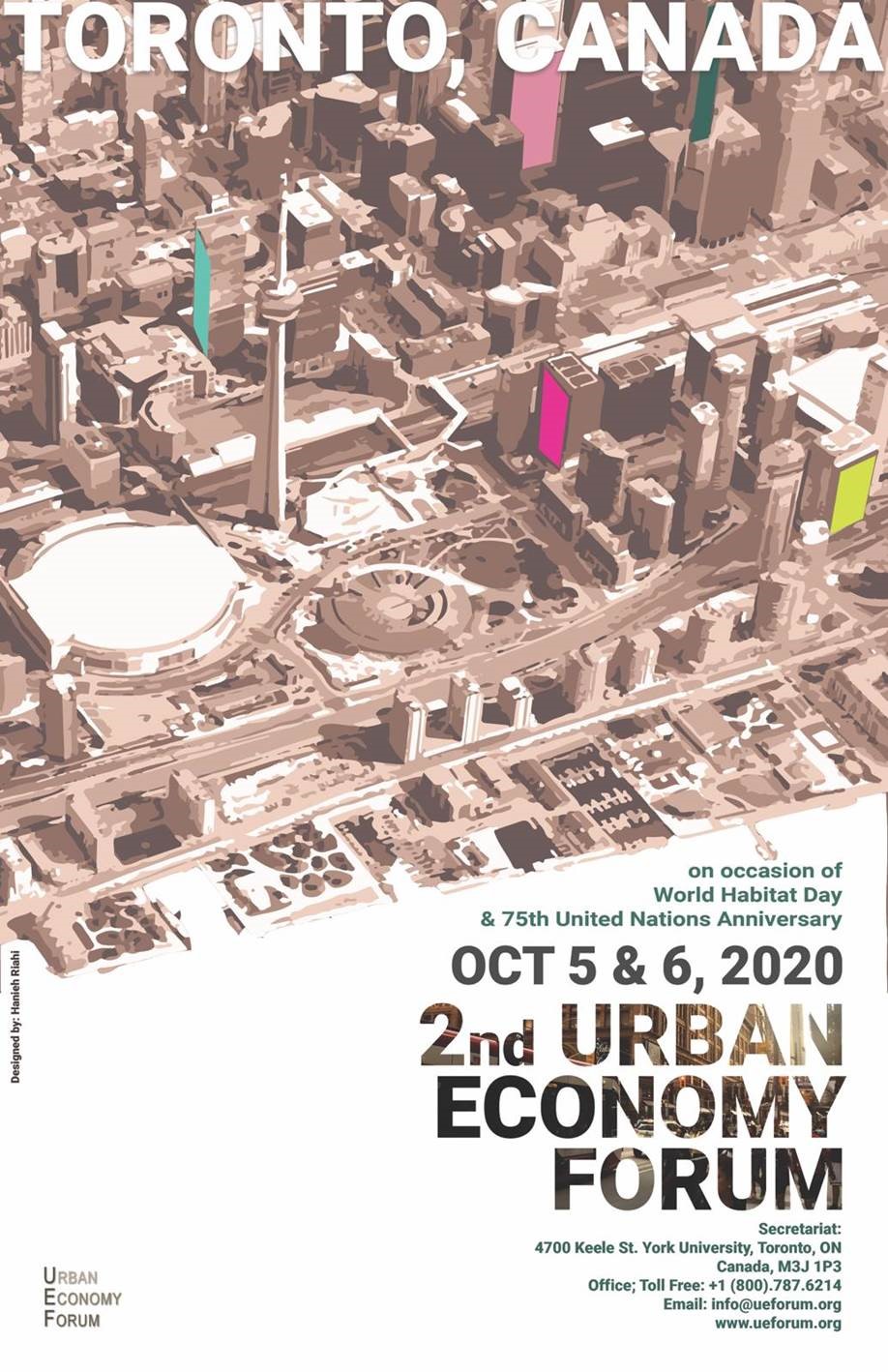 “The Urban Economy Forum believes in partnerships to realize the SDGs. In its inaugural forum, it brought together stakeholders from different industries across the public, private, and civil society sectors - to engage in live conversation on ways to achieve a sustainable urban economy. We strongly believe that partnerships and dialogue provide the foundation to achieving sustainable development of all human settlements,” Mr. Kamiya stated.

World Habitat Day was established in 1985 by the United Nations General Assembly through Resolution 40/202 and was first celebrated in 1986. Each year, World Habitat Day takes a new theme to bring attention to UN-Habitat’s mandate to promote sustainable development policies.

Over the years it has become the global premier event to celebrate the human habitat. Last year, Mexico City hosted the Global Observance of the World Habitat Day with the theme: Frontier technologies as an innovative tool to transform waste to wealth.” In 2020 the Global Observance will be held in Surabaya, Indonesia.

Urbanization is one of the mega trends of the 21st century. The world’s population is expected to reach 9.8 billion in the year 2050. It’s estimated that more than twice as many people in the world will be living in urban (6.7 billion) than in rural settings (3.1 billion).

In 2015, United Nations General Assembly adopted the 2030 Agenda for Sustainable Development and its 17 Sustainable Development Goals (SDGs). Cities, as the main drivers of the world’s economy, have an important role to realize the SDGs. With only 10 years remaining to achieve the SDGs by deadline, there is an urgent need to step up action. City stakeholders and decision-makers must have a sense of urgency to act and change the course wherever necessary by embarking on local actions embedding the needed transitions in the policies, budgets, institutions and regulatory frameworks of local governments, cities and business practices.