Roça Sundy, Sao Tome and Principe 18 August 2020—UN-Habitat’s technical knowhow recently came in handy for a project undertaken by a local firm, Here Be Dragons (HBD) to improve housing conditions for the community from which it draws its labour force.

The firm won a concession from the Regional Government of Principe in 2011 for development of Roça Sundy, famed for its beaches, forest and old farm buildings. The company is the biggest investor in the island, with a focus on responsible tourism. As part of their investment to transform Roça Sundy into a hotel and a resort, HBD –for which many community members work for– agreed with the community to improve their housing conditions but since this was a big intervention in the island, the Regional Government contacted UN-Habitat to provide technical assistance for this endeavor.

UN-Habitat’s Sustainable Resettlement Project in Roça Sundy directly benefits some 511 inhabitants (6% of the total population) through a Public-Private-People’s Partnership. The project implementation started in 2016 with the objective “to implement the voluntary and sustainable resettlement of the community of Roça Sundy, for improving their living conditions with full respect for human rights and through a participatory approach”.

In Terra Prometida, the new settlement for Roça Sundy community with 133 houses, including infrastructure and basic social facilities, the construction site had mobilized around 150 workers among them contractors, subcontractors, suppliers and sources of labor before the pandemic. 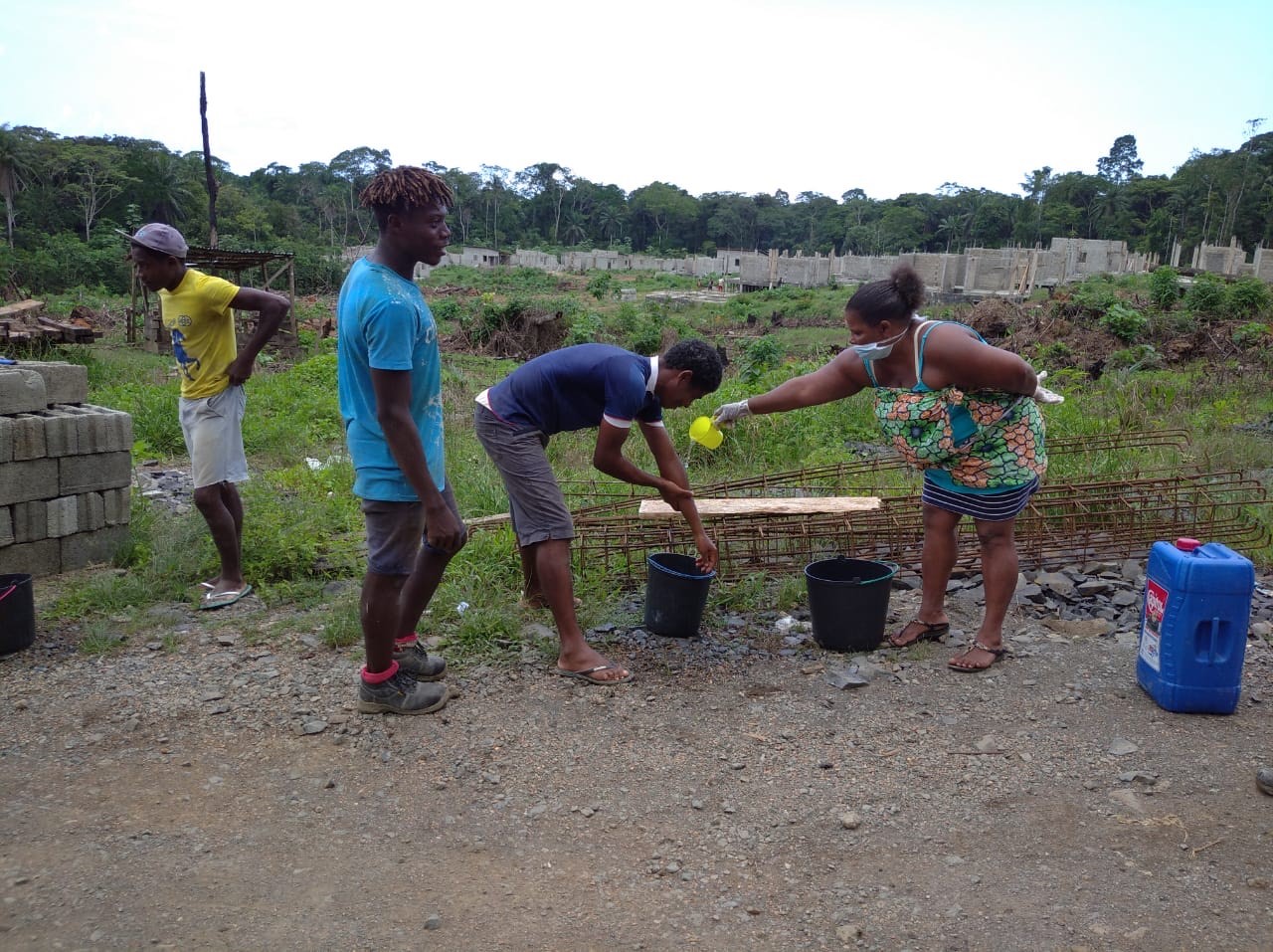 This was the biggest construction site in the recent history of the Island and unconfirmed reports of imported cases in the Island obliged UN-Habitat to plan with the local team for its potential evacuation, since the local health system is extremely weak and all complex health issues are dealt in São Tomé or even abroad.

On the other hand, evacuation also posed the danger of damaging the agency’s reputation with the local government and local community, since testing was lacking and no claimed imported cases were symptomatic, making the locals to believe that the virus never arrived in the Island. Based on these challenges, UN-Habitat together with the local team decided to anticipate and plan for different scenarios. The project immediately downgraded the number of workers in the construction site, also because the logistics to the Island was affected by the lockdown, compromising the delivery of key materials.

Many COVID-19-related safety measures took place for the continuation of the project. Personal protective equipment (PPE) was provided to staff to minimize risks for local spreading. Besides that, division of workstations, creation of work shifts, limitation of number of people in the project transport, compulsory use of masks in the project site, the banning of lunch in the construction site, creation of a handwashing station and the establishment of a sanitation team responsible to promote the adequate hygiene in the construction site were other measures adopted by the project.

These were complemented with awareness raising in the workplace focusing on workers to keep the measures in place. The project is currently in the end tage and even though the construction schedule is delayed especially due to constraints in logistics and lack of availability of some materials, thanks to our local team and the commitment of the workers and community members, the project became an important example of safe workplace in the Island that promotes the health of its worker while minimizes the potential socioeconomic impact of the pandemic in Principe.