Kalobeyei, Kenya 2 October 2019 - Last month, UN-Habitat, working under the Kalobeyei Socio Economic Development Programme (KISEDP) strategic plan organized a meeting in collaboration with Turkana county government and the local leaders in Turkana west to initiate the planning for the host community land adjacent to Kalobeyei New Settlement. Funded by the Government of Japan, the project has been developed in anticipation for the future growth in the area as opposed to Kakuma where the town has grown unplanned, adjacent to the refugee camp. The project is also developed to leverage on the opportunities that will come with the reconstruction of the Lodwar-Lokichoggio Road, which is part of the Lamu Port-South Sudan-Ethiopia-Transport (LAPSSET) Corridor project.

Increasingly over the last decades, forced and voluntary migration of populations into urban areas present a challenge to hosting countries, especially developing countries. Kenya now hosts a near total of 400,000 refugees, with a large number hosted in Kakuma refugee camp and Kalobeyei New Settlement in Turkana County. The main cause for migration of refugees from other countries into Turkana County is mainly due to the man-made crises, such as war, conflict and civil strife. In addition, host communities in the region also increasingly migrate voluntarily to urban areas in search of livelihoods opportunities, and other push factors in response to worsening climate conditions and scarcity of resources. This project is therefore meant to address such perennial challenges of unplanned urbanization while at the same time working with the local government, UNHCR, private sector and other partners to promote local economic development.

So far, UN-Habitat has been supporting the local government, humanitarian and development partners in the planning and design of Kalobeyei Refugee Settlement, which lies 25km from Kakuma town, and 5km from Kakuma refugee camp. The settlement now has a growing and vibrant urban economy where both host and refugee community members provide for and purchase a diversity of goods and services. The presence of the settlement and Kakuma town and the refugee camp has also attracted linear development along the LAPSSET Corridor in Turkana West which requires planning interventions. The stakeholders therefore discussed the scope of the corridor planning project and how planning this area will help the local government to better address the challenges that come with increasing migration situation in the sub-county while at the same the same time leveraging on the opportunities of urbanization. 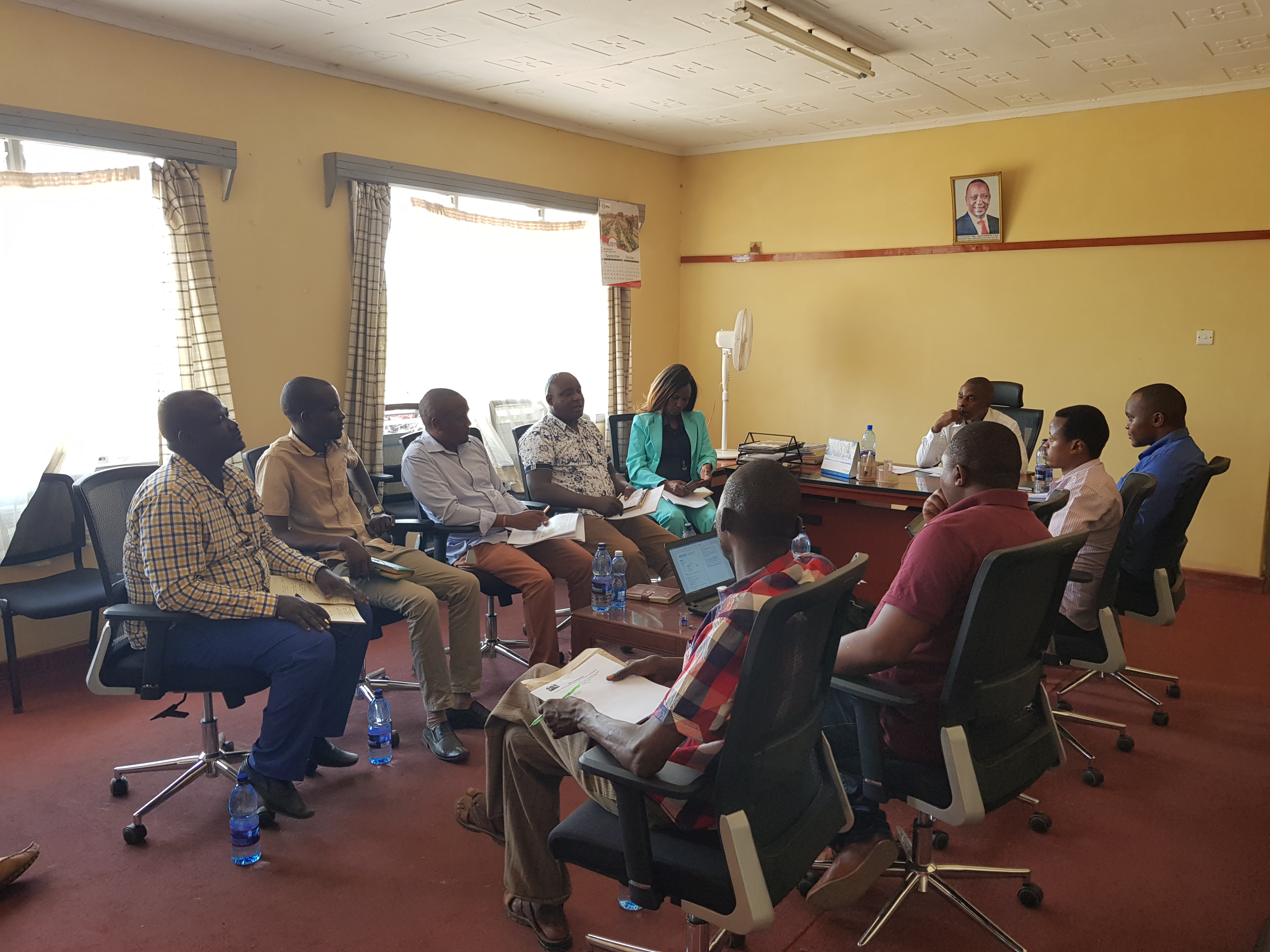 Turkana County Government and Local Leaders in inception meeting to discuss priorities and considerations for UN-Habitat plan near the LAPSSET corridor.

In the meeting, the UN-Habitat physical Planner Charles Mwau said that “Kalobeyei New Settlement is likely to attract investments and land development opportunities in the adjacent area,’ he added that “this will require proper planning to prevent a scenario of unplanned urban development as observed in Kakuma”. Having supported the County to formulate an Advisory Development Plan for the settlement, this corridor plan is expected to advance the planning interventions required in the area. Besides guiding investments, good land use planning and management in the area the plan guide host community integration, conserve environment and for effective land use management.

Local leaders and participants noted that the planning process will require a multi-level and multi-sectoral coordination, The county director for physical planning Mr. Davis Munyialo highlighted that, ‘the project will support connectivity between various refugee settlements and towns in Turkana west as well as contribute highly to the County government plan to have a Municipality that includes all the refugee settlements, Kalobeyei and Kakuma town’.

This inception meeting will be followed by a series of participatory planning workshops with the host and the refugee community, civil society organizations, Local NGOs, private sector and the local government to develop the vision for the adjacent corridor plan. The plan is expected to be completed and submitted to Turkana County Government for approval by February 2020.