Kathmandu, Nepal, 14 July 2022 – Officials in Nepal, a country whose urban population has increased nearly four-fold in a decade, are better equipped to provide harmonised nationwide urban planning and development in the aftermath of a workshop provided by UN-Habitat.

The four-day event this week, delivered in partnership with the Central Bureau of Statistics and European Commission, delved around the application of the degree of urbanization (DEGURBA) for production of comparable urban data.

The training is part of a larger project targeting 13 countries, whose aim is to build the capacity of the national statistical systems and agencies involved in urban development to apply the DEGURBA approach, that was endorsed by the UN Statistical Commission in March 2020.

Speaking during the opening of the workshop, Dr. Ram Kumar Phuyal from the Nepal Planning Commission highlighted the significant change in Nepal’s urban population – from 17 per cent to 66 per cent between 2011 and 2021, something that could have been influenced by changes in how urban areas are defined.

“We should rely on data for our policy and decision-making processes, and DEGURBA presents us with a unique opportunity to advance towards this,” he said.

Mr. Nebin Lal Shrestha, Director General of Central Bureau of Statistics, further emphasised on the relevance of DEGURBA,  which would be important in Nepal for production of data that is comparable both nationally and globally, as well as enhancing the use of data for informed actions in support on urban development that is data informed.

European Union Ambassador Nona Deprez highlighted the need for implementing the New Urban Agenda, “shared vision of urban future that should be transformative.” She stressed that “the European Union is committed to science-based policy for cities based on reliable data and invited the Government of Nepal to use introduced urban data tools to lead policy making that will be for the benefit of all people in Nepal.”

She further noted the commitment of the European Union to support the advancement of DEGURBA and its application in all countries.

Pragya Pradhan, the UN-Habitat Country Programme Manager, highlighted the significance of the project in advancing urban monitoring activities at the global and local levels, and acknowledged the standing collaboration between UN-Habitat and the Government of Nepal in post disaster recovery and reconstruction processes, among others. 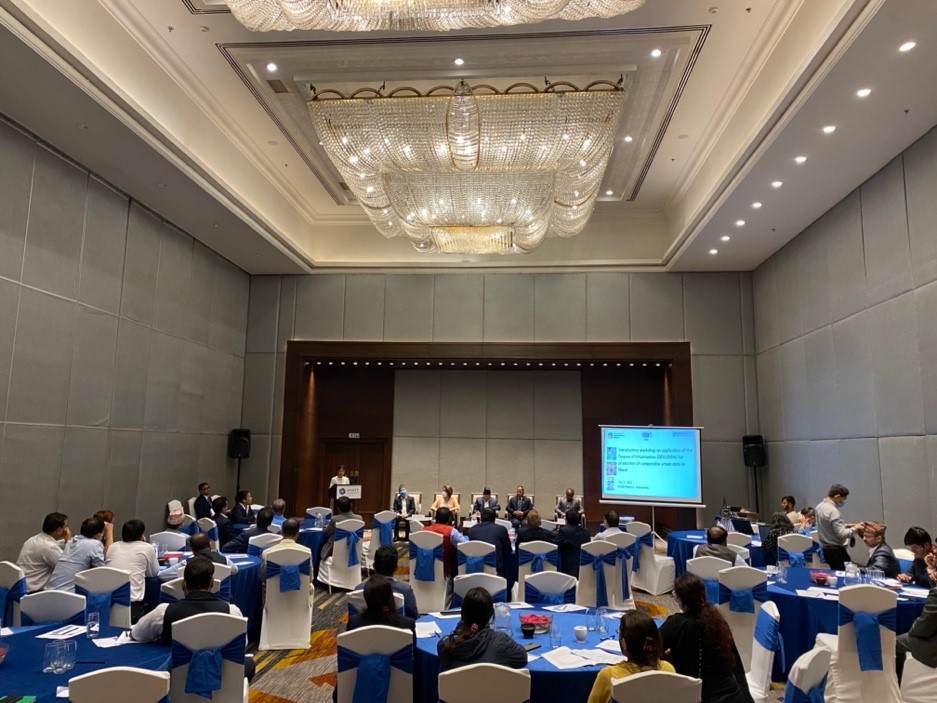 The Degree of Urbanization classifies an area as either urban or rural based on a set of criteria that includes population size and density.