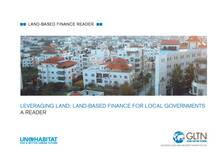 One important pattern among highly urbanized countries is that they tend to rely more heavily on land-based taxes. A review of 64 countries shows a strong positive correlation between the urban population percentage and land-based taxes as a percentage of GDP.
The table presented in the adjacent box illustrates this point. While the average land-based tax revenue for these countries is about 0.75 per cent of GDP, the average among highly urbanized, high-income countries is over 1.5 per cent of GDP. The table suggests that as urbanization intensifies in a country, and especially if income levels increase, land becomes increasingly important in financing sustainable urban development.