The capacity of local and national governments as well as other UN-Habitat partners has increased in the past year through UN-Habitat Lebanon’s research and implementation programs. Both the city program and neighbourhood programmes launched in 2015 aim to provide local and national governments with a tool to improve response in the areas of shelter, infrastructure and services. Both city and neighbourhood profiles are done together in collaboration with national and local authorities in order to engage them in a substantial discussion on the importance of cross-sectorial analysis that enables the improvement of extension, densification and planning. This is much needed since Lebanese cities were not prepared nor planned to handle the massive increase in population that was caused by the Syrian crisis in 2011 and resulted in 1.2 million refugees.

Other research programs that also aim at increasing the capacity of local and national governments are for example UN-Habitat’s and UNHCR’s assessment of the housing, land and property issues for Syrian refugees and host communities. The study offers recommendations for planning policies and projects to address housing. Land and property issues and rights to be adopted by various international NGOs working in the shelter sector for Syrian refugees in Lebanon.

Another search project, titled “No Place to Stay”, in partnership with Issam Fares Institute for Public Policy at the American University of Beirut addresses the emerging challenges of providing shelter to Syrian refugees and advises national and local governments on effective policy measures that are able to address this. Further, both studies were launched in a public event with wide participation of national and local government representatives.

Furthermore, UN-Habitat Lebanon currently has a major program that facilitates increased capacity of local and national governments as well as other partners in the implementation of programmes that improve the security of tenure for vulnerable groups and minorities at the national levels. Launched in 2015, both the city and neighbourhood programs will offer local and national governments recommendations to directly improve the security of tenure of Syrian and host communities in Lebanon’s four major cities Beirut, Tripoli, Saida and Tyre.

Improvements in the policies, plans and strategies in the local and national governments can also

be exhibited in the preparation of the Habitat III report. UN-Habitat is supporting the Council for Development and Reconstruction (CDR) in the preparation of the Habitat III National Report of Lebanon. The report with the title “Inputs for and support to the preparatory process of the third United Nations Conference on Housing and Sustainable Urban Development (Habitat III)” was to be prepared in response to resolution 24/14 of the UN-Habitat Governing Council and adopted at its twenty-fourth session. For the government of Lebanon, represented by the CDR, the report shall cover and offer the government policy recommendations on demography, land planning, environment, governance and legislation. The Habitat III report shall be considered as the basis of discussions during the Habitat III conference. 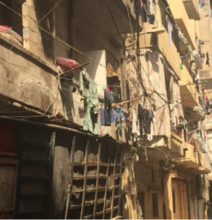