Mombasa, 4 September 2019 - "The first customers show up shortly after six," says Mathilda Chonga as she peers outside her shop into the dawn. With jerry cans in their hands, the residents are already starting to queue for fresh drinking water. Ms. Chongo opens the cyan painted shutters of the water kiosk, grabs the customers' canisters and fills them from the faucets. 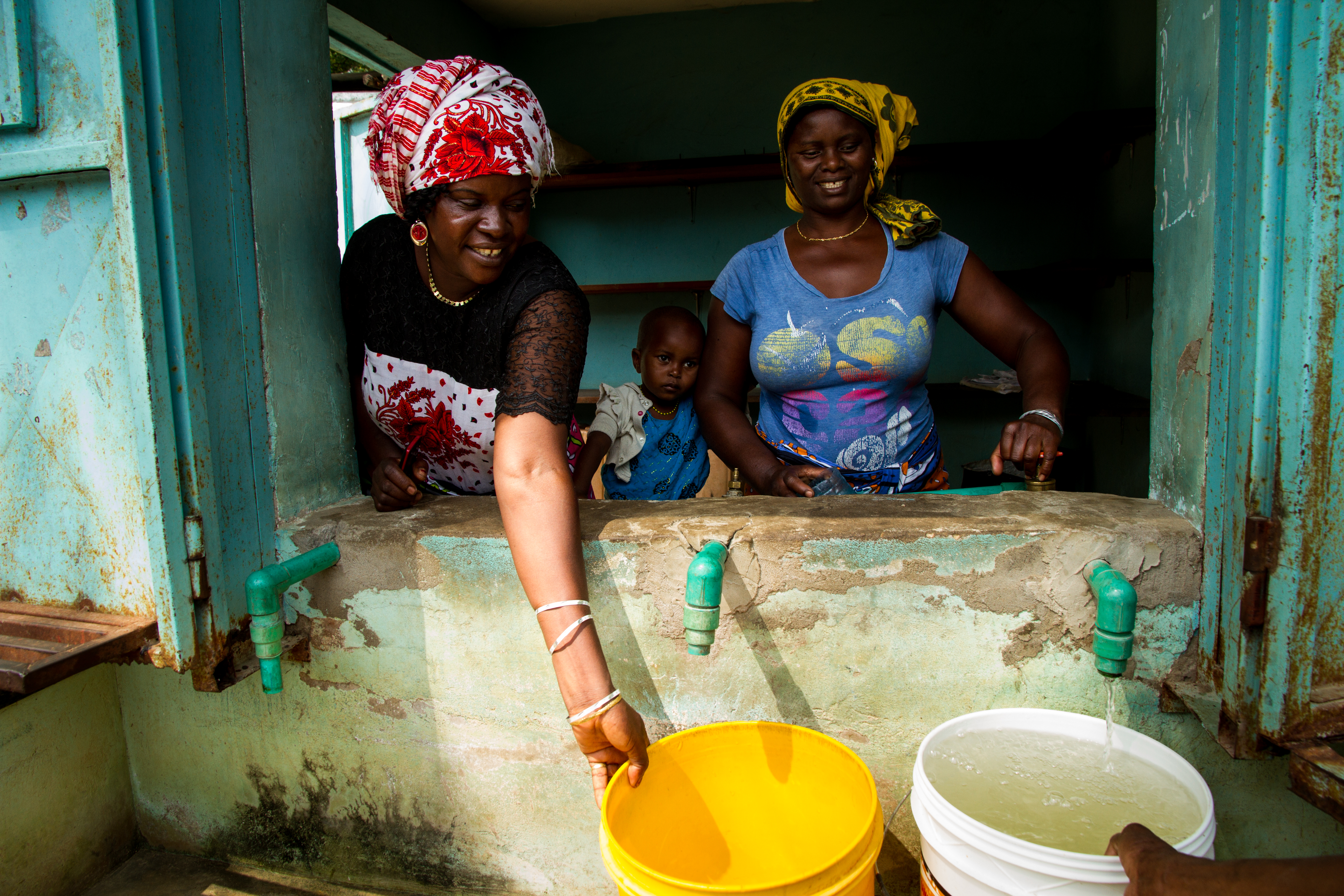 Mathilda Chonga is a member of a local group of about 20 widows and widowers in Majengo. The slum village lies on the outskirts of Mtwapa, north of Kenya's coastal city of Mombasa. Every day, from dawn until dusk, Chonga and her colleagues sell water to the community. In shifts they fill buckets and canisters, keep the facilities clean and make sure that the huge water tanks behind the kiosk, which are connected to the public water supply, are always full.

"Of course, water is not for free," Chongo explains as she collects three Kenyan shillings for 20 litres from the customer. "But this is much cheaper than the usual public water supply." Chonga is a single mother with three children. Since earning her income from her work in the water kiosk, she has enough money for school fees, books and even a few sweets for the kids.

Majengo's water kiosk is part of a slum rehabilitation pilot project implemented in 2014 by UN-Habitat's Participatory Slum Upgrading Project (PSUP) in collaboration with its partners, the African, Caribbean and Pacific Group of States, the European Commission and the Government of Kenya. 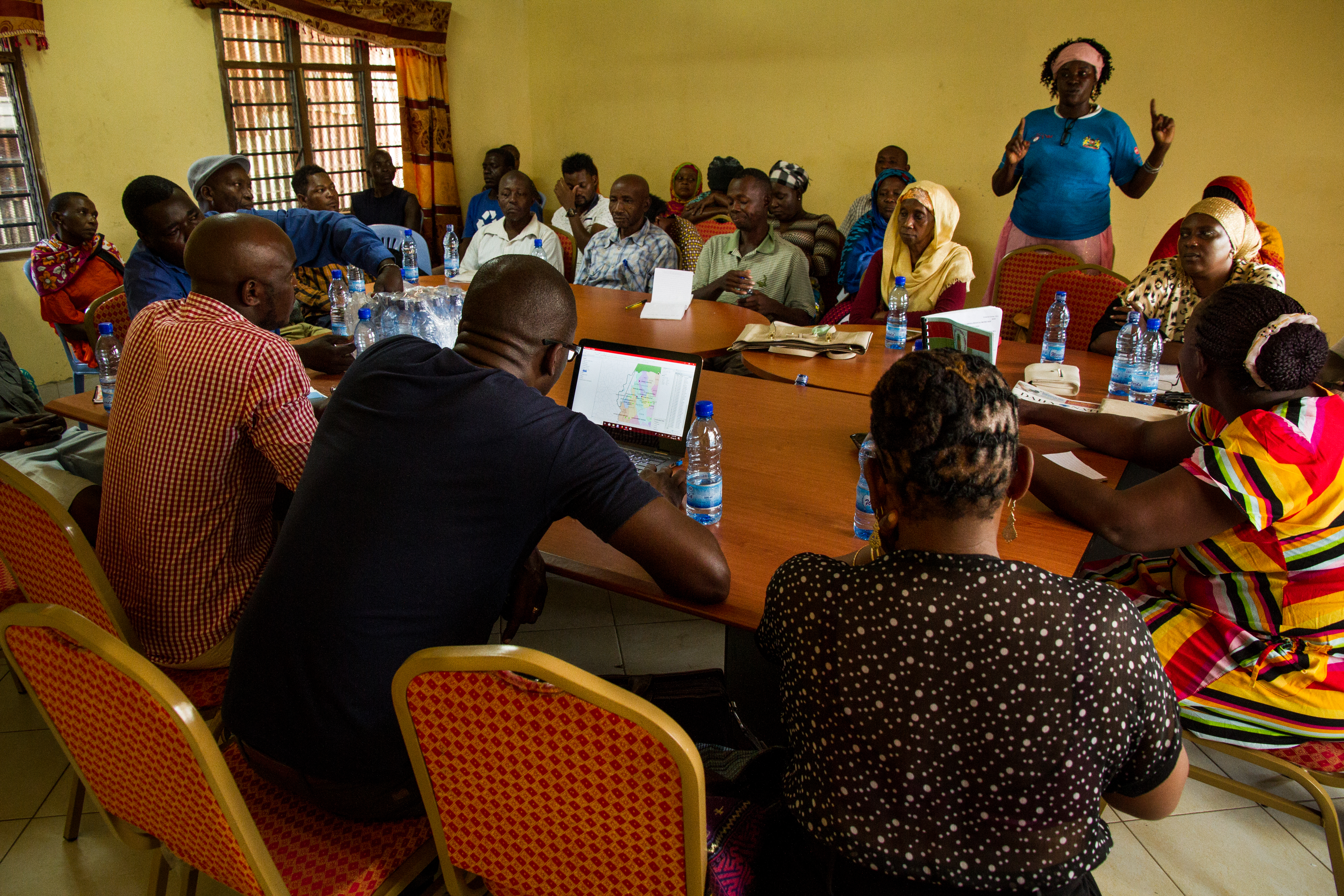 Majengo and Mzambarauni, two settlement areas on the outskirts of Mtwapa, are in the process of being transformed from densely populated shanty towns that developed haphazardly - into neighbourhoods that meet planning guidelines and requirements. The new plan will give every resident access to clean drinking water and a toilet, as well as providing adequate roads and safe living spaces. UN-Habitat works on the principle of community participation. The residents of both villages have a say in how they want to live from now going forward and they also participate substantially in developing their own communities.

The newly built Majengo community centre houses Albert Njama’s office: a tiny room only big enough for his desk. On behalf of PSUP, he coordinates the initiatives of the local community, which usually take place out in the streets. He prefers to confine himself to the essentials rather than too much bureaucracy, Njama explains. "We have since created five so-called Community Managed Funds. These are PSUP-sponsored action groups that take on specific tasks in the settlement," he goes on to explain. The subsidized water kiosks, one in Majengo and four in Mzambarauni are part of it. In addition there is a brickyard whose specially trained local workers burn affordable bricks for the construction of more stable houses, and once a week a group of women and men walk through the villages, armed with wheelbarrows and garbage cans and clean up. Like many other informal settlements, both localities are not connected to the public garbage disposal system.

The rules are the same for all action groups. The local community provides the workforce and remains responsible for the long-term maintenance of the projects. UN-Habitat provides support in capacity building, material, equipment or work wear. This facilitates the community to be self-supportive and ensures the revenue from things like the sale of water flows back to the neighbourhood. "Our village urgently needed that," observes Njama. 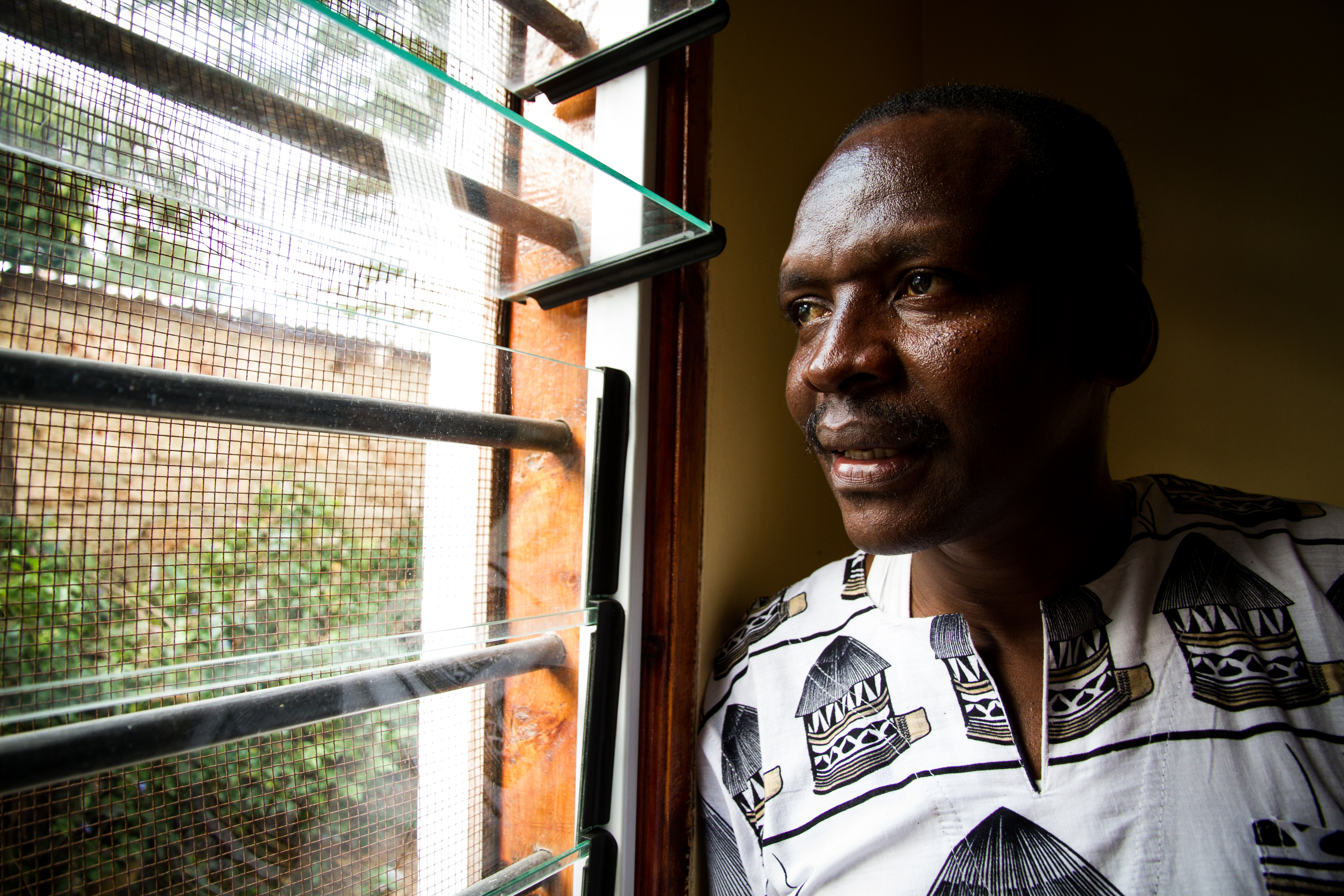 Hardly anyone knows Majengo better than he does. His parents were among the first to settle there more than half a century ago and he was born and raised here. "Initially there were just a couple of mud huts. But with hopes of finding work in Mombasa, an ever-increasing number of people from the environs have moved here over the decades. The inhabitants fetched their relatives and friends. Where space permitted, a construction came up. Without designs, without planning. At some point, the influx of people got out of hand," Njama recounts.

The conditions in Majengo have gotten worse and worse over time. During the rainy season the waters rose until the slum was submerged in water – as there is no drainage system. People threw their trash any and everywhere without batting an eyelid. Diseases were prevalent. "At night the narrow alleys were pitch dark since we have no street lighting. There was increased crime. It was simply a disaster and without the support, we would never have come out of the squalor on our own."

In the neighbouring settlement, Mzambarauni, chaos also threatened to take over. Today, with the support of PSUP, there is a community centre where the residents attend regular thematic workshops and trainings. There is also a computer room and there are future plans to build a library.

However, both villages are pursuing the issue of title deeds as a priority. "We need roads that can be accessed by cars, ambulances or garbage trucks. We need street lighting, footpaths and sewers," Albert Njama states. Space needs to be created for that. And that is why together with the PSUP planning team and in close collaboration with the national and county governments, both communities have chosen to make commitments. For the access roads to be expanded, the plot sizes need to be reduced, and in some instances structures would need to be brought down.

As a trade-off, discussions are ongoing with the Government of Kenya to commit to providing land title deeds to the people of Majengo and Mzambarauni. "That is a defining step for us all," Njama sums up. It is solely through the right of ownership that the inhabitants would be motivated enough to make a long-term investment. "After all, we can only really develop further if we know we are allowed to stay." 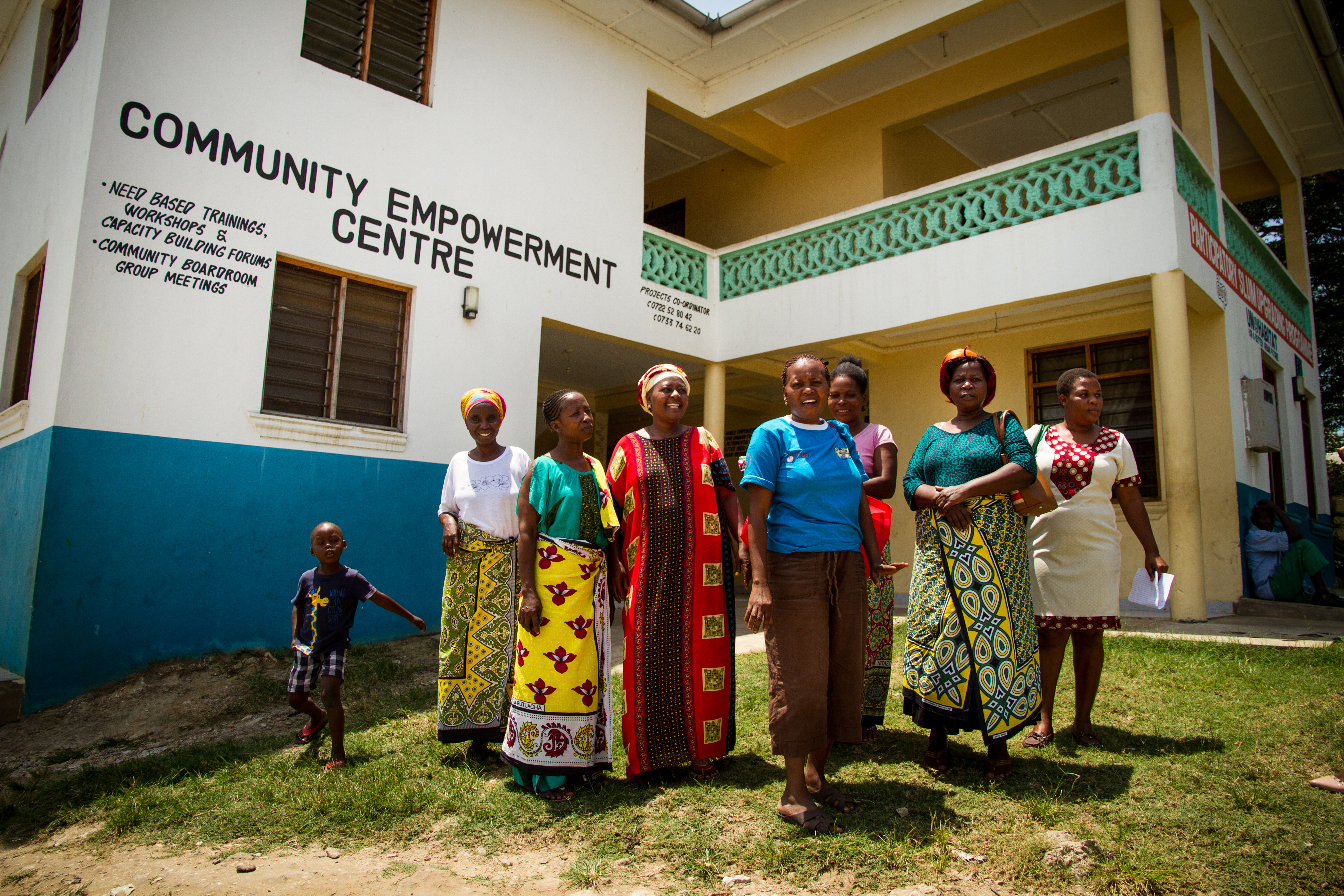 Members of the community outside their new community centre of Majengo, Mtwapa, Kenya.
[UN-Habitat/Kirsten Milhahn]