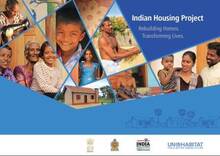 Three decades of conflict resulted in severe damage and destruction to houses and infrastructure facilities in the North and East of Sri Lanka. Unable to recover from major financial shocks due to poverty and years of displacement, the majority of families were incapable of rebuilding their damaged houses. From 2012, the Government of India funded the construction of 45,000 houses through a homeowner driven process.

The project was facilitated through four implementing agencies, including UN-Habitat, in the Northern and Eastern Provinces. This photo book provides a glimpse into the lives of the families who rebuilt their permanent homes with funding from the Indian Housing Project and  technical support from UN-Habitat.