This story originally appeared in Urban LEDS on September 14, 2020.

On the first day, GHGi consultant Mone Nouansyvong presented the Cities’ GHG emission sources by sectors and subsectors, and their corresponding GHG emission factors. He also demonstrated how to use the tool City Inventory Reporting System and Information System (CIRIS). CIRIS is a GHGi tool used by local governments that are part of the Urban-LEDS II project. The workshop also introduced the participants to the CDP-ICLEI Unified Reporting System, which is being used by the two model cities of Pakse and Kaysone Phomvihane.

On the second day, Climate Risk and Vulnerability Assessment (CRVA) consultant Vathanamixay Chamsomphou presented the methods and approaches to identifying and reporting climate risks and vulnerabilities in the cities, i.e. IPCC, AR4’s (2007), conceptual framework of vulnerability to climate change, which is a combination of exposure, sensitivity and adaptive capacity.

The workshop concluded with a deep-dive session on potential demonstration projects under the Urban-LEDS II project. The focus groups identified low-emission strategies to form part of the LEDS action plans, which will then be streamlined in their local development plans. Identified potential pilot projects include the installation of solar panels in government office buildings, replacing inefficient lighting with LED options in buildings and streetlights, introducing small-scale electric vehicles, supporting waste-recycle banks, and increasing green space through reforestation.

Mr. Champa Xayyasak, Deputy Director of City Cabinet Office of Pakse suggested that it would be beneficial to the participants if the translation was provided on the CIRIS software in order to facilitate the trainees on the exercise of CIRIS software. In addition, the length of training course provided is quite limited to allow the participants to have in-depth learning particularly on the conduct of GHG inventory in each sector.

Participants also raised their experience on constraints to data collection across the key sectors. The lack of an information management system to handle activity-level and climate-related data sets also surfaced as a challenge among the cities. These considerations shall form part of a business case for a third leg of the Urban-LEDS project. 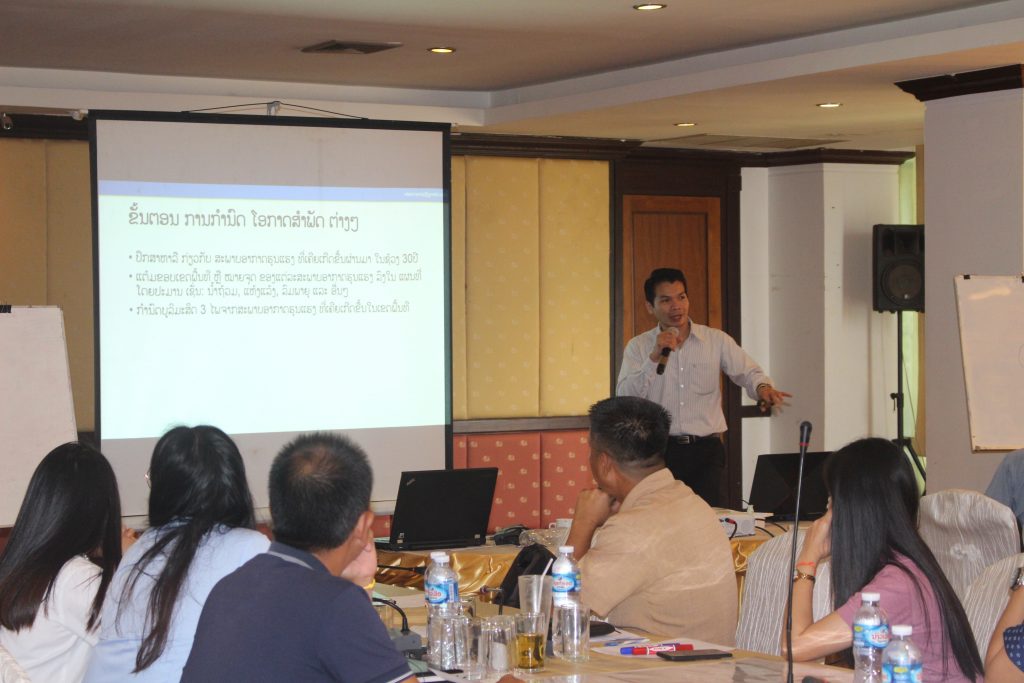