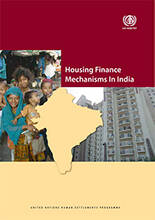 India is home to over 1.1 billion people. With about one in every sixth person in the world living in India, housing perforce assumes significant importance. Successive Indian governments have regarded housing as a primary need of the people. The need to provide affordable housing has been the reason behind State interventions in the sector.

Housing policies, however, tended to be framed by the government from a social rather than economic perspective. Despite explicit recognition of the need for housing, dedicated programmes have only benefited from low public spending. Housing and subsidies have largely synonymous with each other, hence a tendency to view housing finance from the angle of the government’s cash budget, rather than as a developmental activity with tremendous spin-offs to the economy.