Luxor, Egypt 10 March 2021 - UN-Habitat Egypt, Coca-Cola Egypt, Global Environment & Technology Foundation (GETF), and the Ministry of Housing, Utilities and Local Communities (MoHUUC) represented by the Holding Company for Water and Wastewater (HCWW) celebrated the inauguration of the second phase of River-Bank Filtration implementation in Luxor, Assiut, and Sohag governorates as part of the programme “Supporting innovation in the water and sanitation sector in Egypt”. This phase has already reached more than 300,000 inhabitants in the target governorates who now have access to a continuous clean water supply in their homes using River-Bank Filtration units (RBF).

During the inauguration, Mr. Mohamed Abdel Qader Khairy- Deputy Governor of Luxor, Eng. Mamdouh Raslan- Chairman of the Holding Company for Water and Wastewater in Egypt, Mr. Abdel-Qawi Khalifa- former Minister of drinking water and sanitation utilities and General Mohamed Yehia- the head of Luxor water and wastewater company, all emphasised their appreciation for a fruitful cooperation resulting in true impact on the ground. “RBF in Egypt now serves more than two million inhabitants, saving more than 800 million EGP of the capital value, implemented in around 15 percent of the time, and operating at around 11 percent of the operational cost of typical water production units.”

In his opening speech, Eng. Raslan emphasised that “This project and tools are instrumental in supporting the implementation of the presidential programme “Hayat Karima” planned to be implemented in rural villages in Egypt on account of their high efficiency and rapid impact”.  This was further reinforced by General  Yehia, head of Luxor water and wastewater company, who highlighted “RBF units implemented in Al Sa’yda were able to meet the demand in the area with less than 10 percent of the cost”. 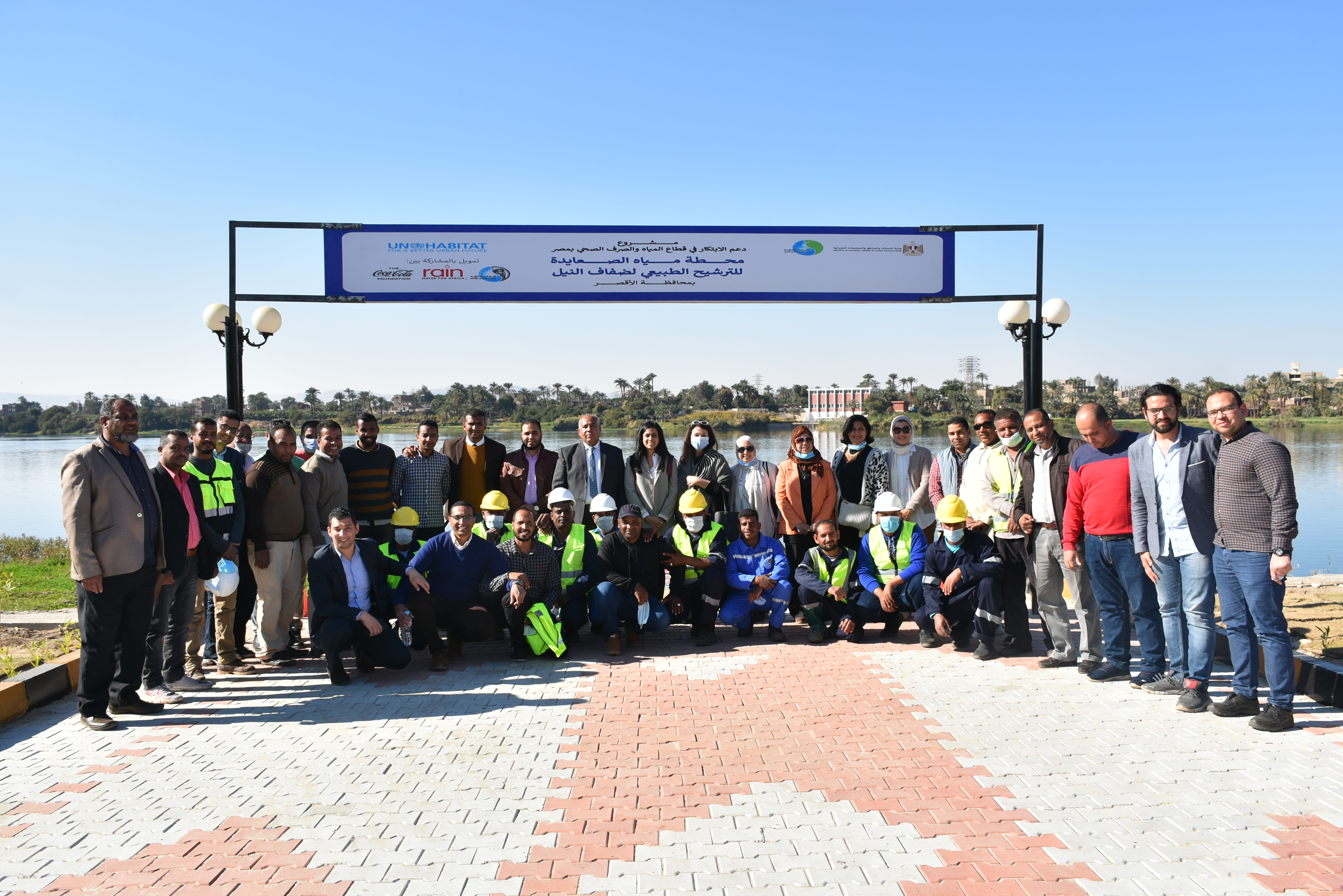 Ms. Rania Hedeya, UN-Habitat Egypt programme director expressed “For us, this project is a true success because of the cooperation that we have with our partners. It is this cooperation, that has allowed us to see an impact on the ground. We are grateful for the commitment of all parties.”

RBF is a water provision technology that uses natural river-bank soil as a natural filtrate and is therefore cheaper and more environmentally friendly than the typical water provision technologies. The project will continue deploying innovation to improve effectiveness of water and sanitation in Egypt.  The next phase will focus on introducing and promoting effective low-tech water treatment and sanitation solutions that can significantly improve the water quality in Delta discharge canals in short time and with minimum initial investments. 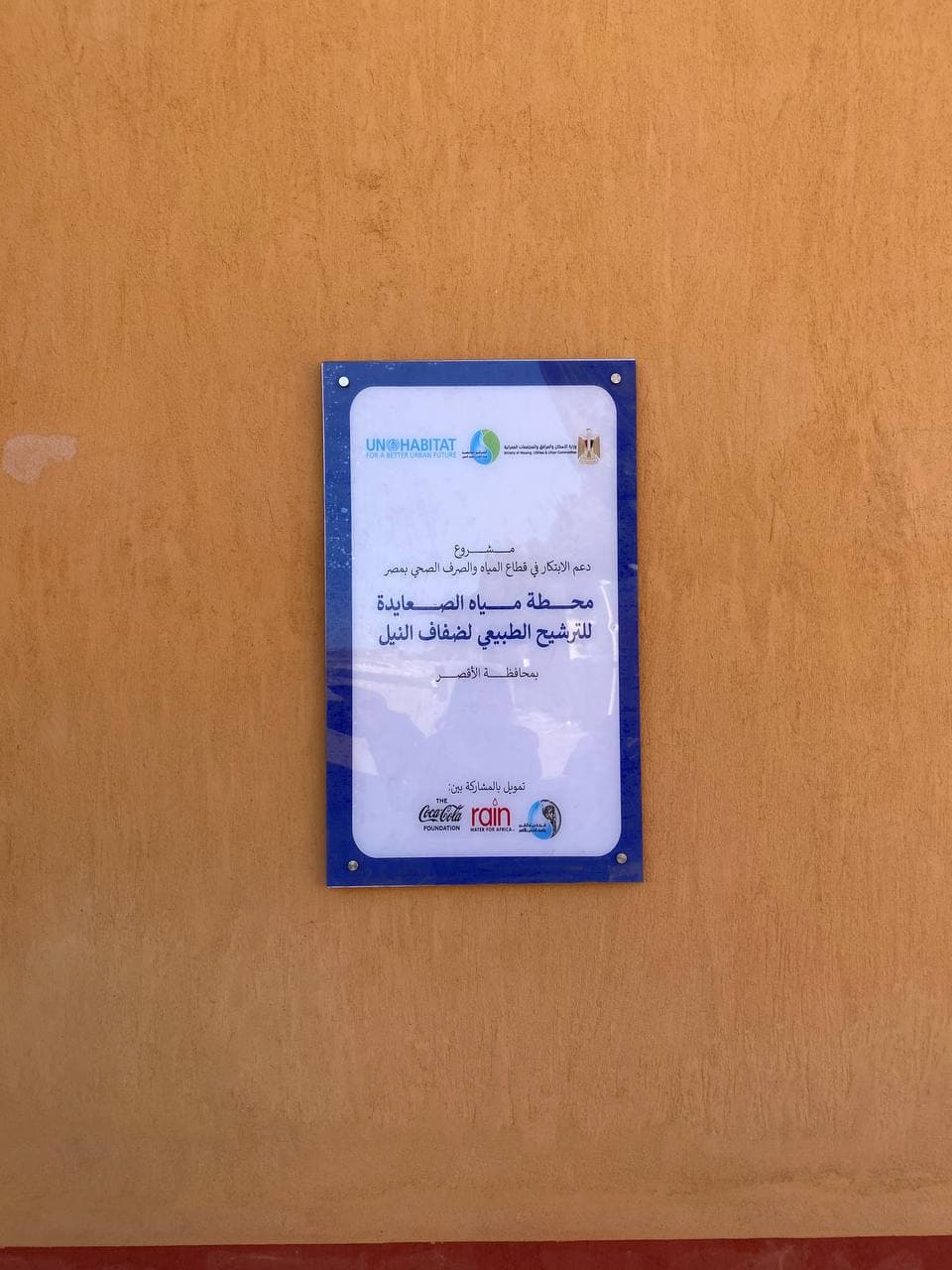