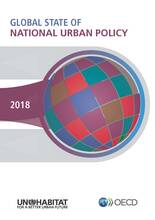 Today, more than 50 per cent of the world’s population lives in cities. This figure will increase to a projected 66 per cent by the middle of this century and 85 per cent by 2100. Within 150 years, the urban population will have increased from less than one billion people in 1950 to nine billion by 2100