The city of Mechelen

Mechelen is on everybody’s doorstep. The city is located in the heart of Flanders, midway between Brussels and Antwerp.  An inviting mix between trendy and traditional, Mechelen offers historical buildings and charming restaurants and cafes within walking distance, in fact the entire city-centre is pedestrian-friendly.

Mechelen is one of Flanders’ prominent cities of historical art, in particular Northern Renaissance, and boasts 300 listed buildings, three of which belong to UNESCO’s world heritage sites: St Rumbold’s Tower, the Belfry of the Town Hall and the Large Beguinage. The city centre boasts no fewer than eight historic churches, each with its own distinctive style: large or small, Gothic or baroque, Rubens or Van Dyck.

Historically, Mechelen has been an important city in the region, between 1506 and 1530 for example it which includes holding capital status of the Netherlands from 1506 to 1530.

The Government of Belgium

The Belgian Development Cooperation, one of the Conference’s co-sponsors, puts great emphasis on the importance of orderly, safe, regular and responsible migration as outlined in the Sustainable Development Goals. Alexander De Croo, Deputy Prime Minister and Minister for Development Cooperation (Belgium): “This conference comes at a time when there is an all time high of  more than 250 million migrants worldwide. This number of migrants is expected to continue to grow. If we want this evolution to contribute to human development, we need coherent and inclusive approaches. Let’s also look at migration as an opportunity. Migration brings innovation and creativity, and boosts international trade by building bridges between countries”

Established in 1951, IOM is a UN related agency the leading inter-governmental organization in the field of migration and works closely with governmental, intergovernmental and non-governmental partners

UN-Habitat is the United Nations programme working towards a better urban future. Its mission is to promote socially and environmentally sustainable human settlements development and the achievement of adequate shelter for all.

United Cities and Local Governments (UCLG) represents and defends the interests of local governments on the world stage, regardless of the size of the communities they serve. Further, UCLG supports international cooperation between cities and their associations, and facilitates programmes, networks and partnerships to build the capacities of local governments. 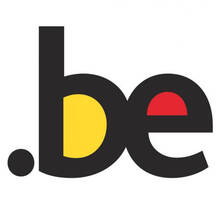 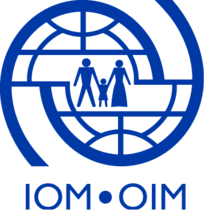