Kabul, 24 July 2019 - The head of UN-Habitat, Ms. Maimunah Mohd Sharif, recently completed her first visit to the Islamic Republic of Afghanistan in her role as Executive Director. This three-day trip was an important opportunity to strengthen the strategic partnership of UN-Habitat with the institutions and the people of Afghanistan.

UN-Habitat has been present in Afghanistan for more than two decades and, through technical assistance to the government, it has contributed to the physical and social reconstruction of rural and urban areas.

As the guest speaker at the opening of the International Symposium addressing challenges associated with informal settlements in Afghanistan, Ms. Sharif commended the government’s reforms and the registration of informal settlements as positive examples of land management. “Congratulations for these urban reforms that will bring positive social, economic, physical and environmental changes to cities and people,” she said. “UN-Habitat is extremely honoured to work very closely with the Ministry of Urban Development and Land, the Deputy Ministry for Municipalities, Kabul Municipality and the people of Afghanistan in the implementation of these urban reforms.” During his keynote speech, President Ashraf Ghani reiterated the central role of land reform on the development plans of the country, “Our goal is to deliver a secure property for every Afghan woman and man, and to provide formal settlements for them.”

Through the City for All programme, a government-led flagship initiative with strategic and technical cooperation from UN-Habitat, more than 700,000 properties have been registered with the objective of distributing Occupancy Certificates for the residents of informal areas. This is the largest land tenure security programme in the world. It confers the right to stay to millions of citizens including women, who will have the right to possess a land document for the first time. During the ceremony, the President distributed occupancy certificates to residents of informal areas. He also highlighted the contribution of UN-Habitat staff in the registration of these properties.

During the visit, the Executive Director was received by the President Ashraf Ghani and First Lady Rula Ghani. She also met the Minister of Urban Development and Land (MUDL), Jawad Peikar, the Minister of Refugees and Repatriations, Hussein Alimi Balkhi, the Mayor of Kabul, Ahmad Zaki Sarfaraz, the Deputy Minister of Municipalities, Abdul Baqi Popal, as well as local communities and UN staff. 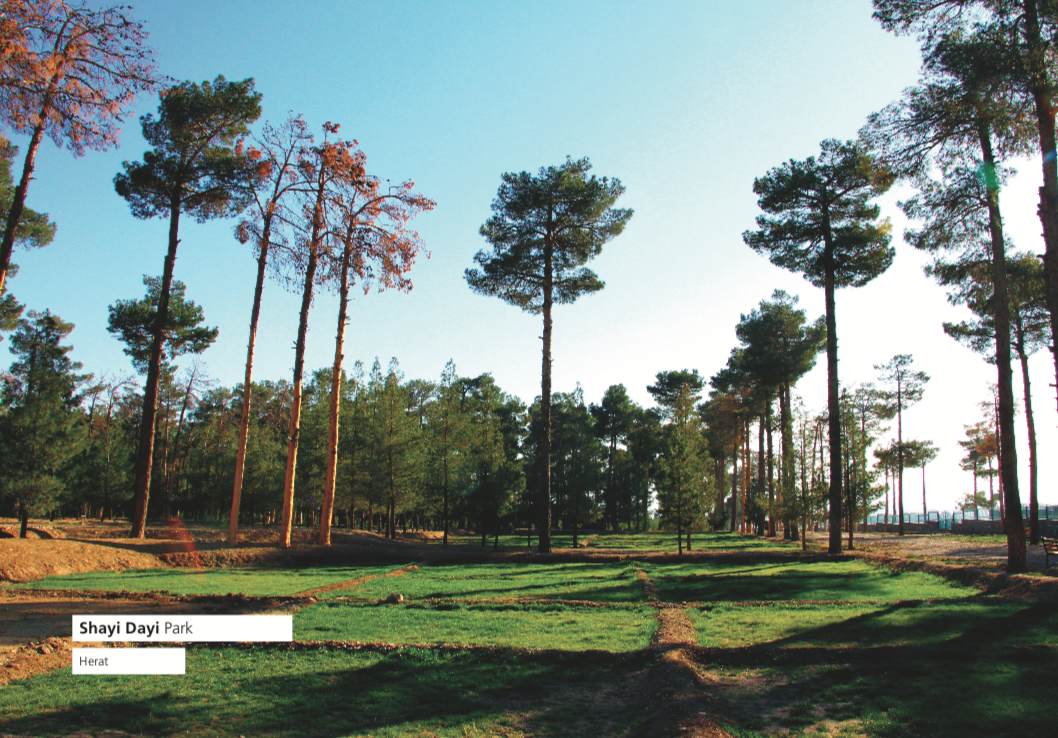 This is one of the 49 public spaces developed by twelve Afghan municipalities in close coordination with UN-Habitat - from the photobook “The Silent Revolution of Public Spaces in Afghanistan."

In a ceremony with the Minister of Municipalities, Abdul Baqi Popal and the UN Resident Coordinator in Afghanistan, Toby Lanzer, the UN-Habitat Executive Director Ms Sharif launched “The Silent Revolution of Public Spaces in Afghanistan.” Published by UN-Habitat, this is a beautiful and timely photo-book showcasing the transformative work in public spaces in Afghan urban areas. It captures a sense of positiveness and transformation. The publication portrays the Afghan government’s response to immediate urban challenges through vivid photos and personal stories that narrate the impact of public spaces on the lives of ordinary citizens, internally displaced persons, women, government officials, workers, community members and children. It shows how provision of public spaces in cities across Afghanistan is shaping the lives of the citizens, especially women and the poor, and how these spaces positively influence their relationship with the city.

This book can be downloaded here. 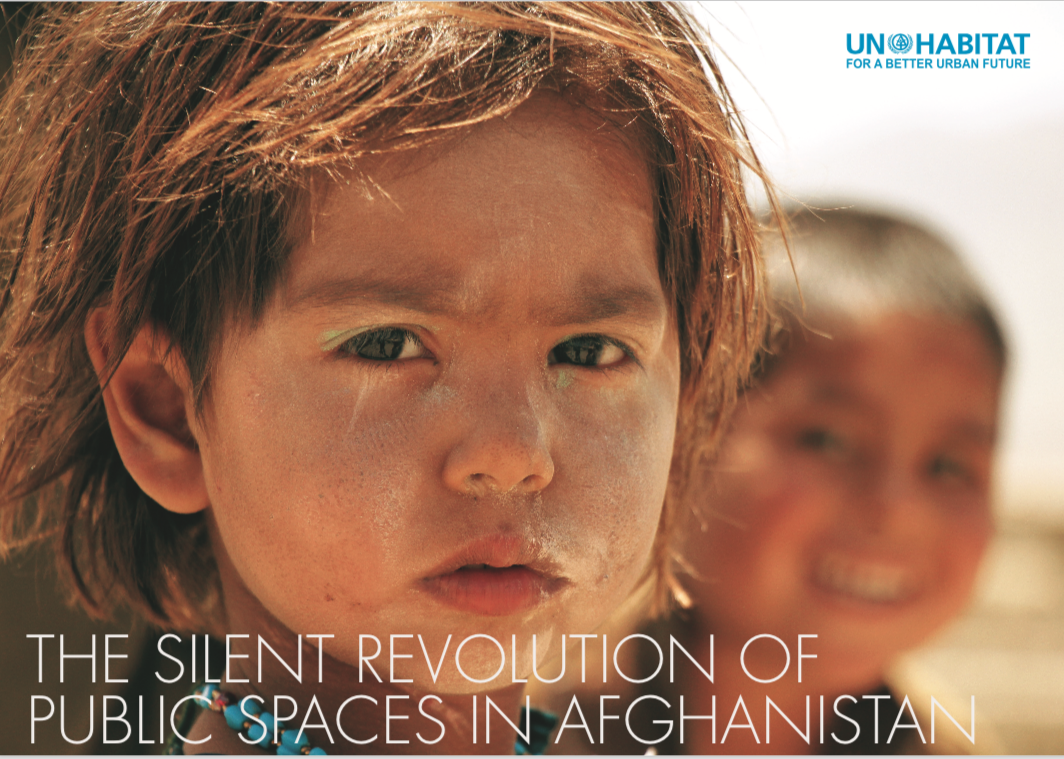 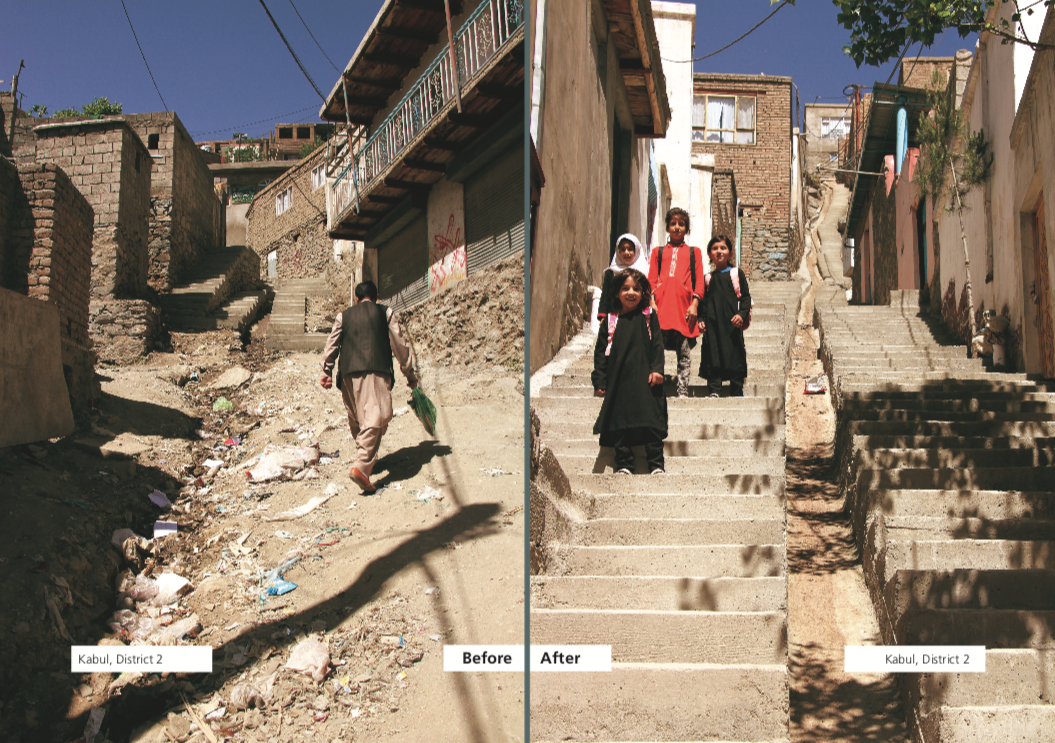 “The Silent Revolution of Public Spaces in Afghanistan" showcases the transformative work in public spaces in Afghan urban areas.