The Island of Principe, Sao Tome and Principe, 19 October 2021 – A UN-Habitat project in this Gulf of Guinea's tiny island is testimony to how even a small environmentally-conscious construction project can help achieve Sustainable Development Goals and inch toward World Habitat Day theme of accelerating urban action for a carbon-free world.

Three-quarters of the infrastructure that will exist in 2050 has yet to be built. Building materials and construction sector accounts for 11 per cent of annual carbon dioxide emissions. The global volume of natural resources used in construction is increasing yearly. Sand and gravel are paramount among these, and sand mining not only has a direct effect on emissions but also a direct impact on related ecosystems and local economies and livelihoods.

With those facts in mind, UN-Habitat, following its public-private-people participatory partnership model, is spearheading a housing construction project for 133 families, whose old homes are part of an eco-frienly tourism development plan, that entails the construction of a new neighbourhood without using sand.

Designated by UNESCO as an International Biosphere Reserve known for its biodiversity, forests, mountains and rich seashore on which sea turtles nest, the island of Principe, north of the archipelago of Sao Tome and Principe, is thus of particular interest to both environmental conservation and the tourism industry, as highlighted in local policies and plans.

The majority of the 8,400 inhabitants of the Autonomous Region of Principe still dwell in the sanzalas, the dilapidated slave quarters of the old colonial plantation farms –the roças– with little access to basic services, insecure tenure and increasing overcrowding. 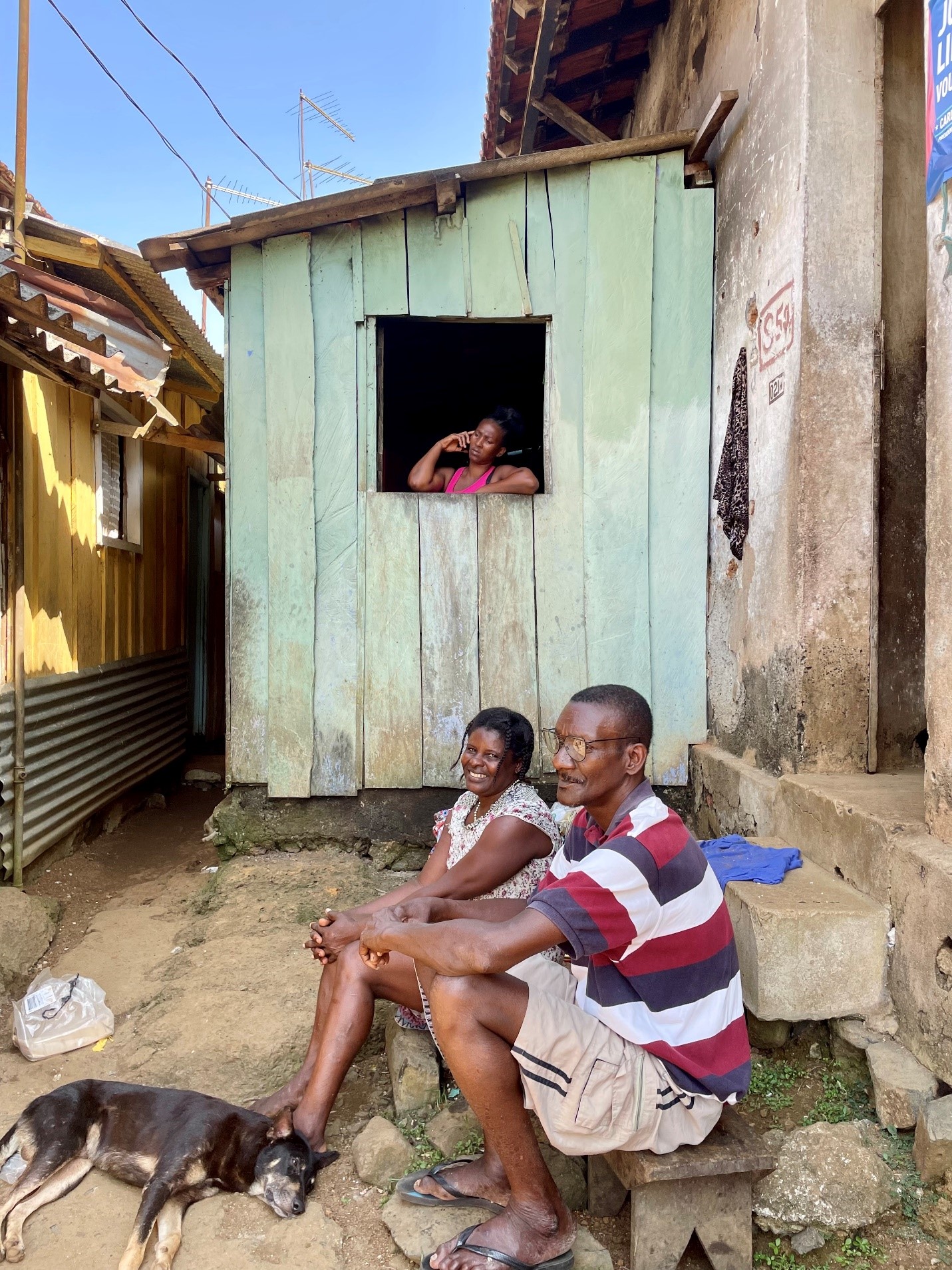 Such is the case of the 511 members of the community living in Roça Sundy. In 2011, the roça was given in concession to HBD – Here Be Dragons, a tourism company based in Principe which started the transformation of Roça Sundy into a hotel. As part of this initiative, HBD agreed with the community to make funds available for improving their living conditions. HBD has committed to environmental preservation and waste management in its properties and all of the island.

In 2017, the Regional Government of Principe and HBD requested UN-Habitat to lead the project but unfavourable conditions of the sanzalas prevented any possible in situ improvement. As a result, the 133 families in the community decided voluntarily to resettle into new houses for which they would get individual property titles.

With the agreement of all partners, including the community, a nearby site was chosen to that effect, a piece of land that the community began to call Terra Prometida, “the promised land.”

The ensuing design and construction techniques for the construction of the houses, related infrastructure and public facilities were developed to minimise the environmental impact of the project, including replacing sand with stone dust to ensure the preservation of Principe's beaches, both for biodiversity conservation and tourism purposes, advancing the island's harmony between man and nature.

For these and other reasons, UN-Habitat's Terra Prometida project, currently in its finalisation phase despite all challenges posed by the extreme isolation of Principe, has been hailed by both Regional and Central Governments as a model initiative for the sustainable development of the country.