Durable solutions for Internal Displacement in the Sahel Zone

Nairobi, 01 November 2020 – As the humanitarian crisis in the Sahel Zone sharply deteriorates, the Government of Denmark, in partnership with the Government of Germany, the European Union and the United Nations, recently hosted a high-level ministerial round table on the Central Sahel. UN-Habitat was invited to share a video-message and host a side-event, focusing on “Durable Solutions for Displacement in the Central Sahel: The role of local governments for improved Urban Services”. 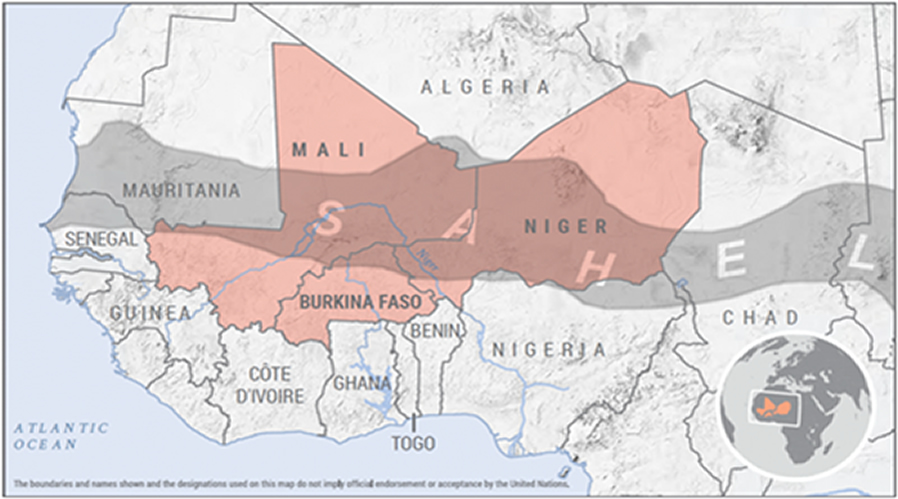 The objective of the session was to highlight the role of local actors for durable solutions to displacement in the Central Sahel, highlighting their role for the provision of basic urban services. Panellists, including local and international experts and UN agencies, shared their perspectives and experiences, including insights on challenges, lessons learned and good practices. With many displaced seeking refuge in urban areas, local authorities are in the forefront of crisis response and often, the rapid influx of additional people put strains on already scare resources, with cities and town in the Sahel having doubled in population and expansion over the last months.

While it is eminent to support humanitarian needs, a long-term vision – the humanitarian-development-peace nexus – needs to be advanced, as global experiences show that displacement is becoming more and more protracted and many displaced remain for an average of two decades. The IASC framework on Durable Solutions underlines that voluntary return and resettlement in other parts of the country are two options, but in protracted displacement contexts, local integration and fostering social cohesion between communities is crucial. Ms Christine Knudsen, UN-Habitat’s Director of Emergencies, underlined that this needs good planning, cross-sectoral and integrated approaches, and – as most displaced move to urban areas – increased capacity in urban planning and effective management, in particular regarding basic services such as water, sanitation, energy, education and health services, waste management as well as adequate housing and livelihood opportunities. Rapid urban growth – due to climate change impacts and men-made hazards - puts stress on urban systems and increases the competition on natural resources (e.g. land, water, wood ...) with social, economic and environmental implications for both local and displaced communities.

Panellists for the session included Mr. Aziz Ahmed Diallo, deputy mayor of the city of Dori, located in the Sahel region in northern Burkina Faso and currently hosting thousands of displaced people. The deputy mayor highlighted the challenges for his community and displaced, including to access to land, housing and natural resources, basic infrastructure and services, as well as decreasing social cohesion. Many displaced seek refuge in public buildings, including schools, or are being hosted by local families in absence of adequate shelter or housing option. The current COVID-19 pandemic has severely worsened the situation, now allowing physical distancing, but also putting a spotlight on the inequitable access to water and sanitation.

Professor Walter Kälin, based on his recent experiences in Africa and more particularly in Somalia, underlined that the basis for return is peace and that IDPs have the opportunity to rebuild their homes and have sufficient means of subsistence. On the other hand, IDPs who do not wish to return need a safe and secure environment for local integration in the place where they have found refuge and need security of tenure and livelihood or income opportunities, that allow them to be self-sufficient.

Mr. Benoit Moreno, UNHCR’s representative in Niger, introduced the ``SEED '' project (Energy and Environmental Support to the Diffa region), funded by the European Union . Taking into account the environmental challenges due to cutting of forests for firewood, UNHCR has set up a mechanism for access to local, sustainable and safe domestic gas in partnership with the private sector and local authorities. Minimizing the "humanitarian footprint" as much as possible, the project placed local authorities and technical services at the center, facilitating the direct relationship between the customers from local and refugee communities and the suppliers. After three years, the project has proved to have a positive impact as the price of gas in Diffa is comparable to the price of Niamey, 80% of the infrastructures are still functional and new private suppliers have set up in the region, thus increasing by 8,000 households the number of customers, thus benefitting both local and refugee communities.

During her interventions, Mrs. Daria Fane, regional representative for the European Union's Instrument contributing to Stability and Peace (IcSP) highlighted the need to support rapid and flexible responses in crisis situations. She underlined that the EU seeks to promote stabilization in the Sahel region through interventions focused on long-term development and governance. Building on national plans and dynamics, the IcSP also seeks to promote national cohesion through local approaches focused on local communities.

UN-Habitat has recently launched a project for fostering durable solutions in Burkina Faso, in the municipalities of Dori, Kaya, Kongoussi and Tougouri, financed by the IcSP of the European Union. The project emphasizes the need to strengthen local capacities for urban planning and applying participatory and inclusive approaches that directly involve the local and displaced communities. Apart from capacity building, the project includes the construction of housing as well as community infrastructure in the selected municipalities, aiming to improve the urban environment for all.

The session resulted in a set of conclusions, advocating for increased inclusion of and enforced capacity and resources for local authorities in crisis, and participatory and inclusive approaches that directly involves local communities, both host communities and those displaced by the conflict, in order to strengthen social cohesion. The responses to the crisis should not only focus on the security issues or short-term humanitarian response, but also foster investments in trans-sectoral coordination and multi-level governance cooperation for sustainable development. Integrated urban and territorial planning approaches, which are based on a cross-sectoral coordination, including infrastructure, housing/shelter and urban services, have been proven to be useful for defining for a long-term response in urban areas. The inclusion of all relevant stakeholders, including local and national authorities, civil societies and private sector is necessary for advancing the humanitarian-development-peace nexus and fostering whole-of-government and whole-of-society approaches.