Cucuta, Colombia, 24 August 2021 – Over the past seven years, more than five million Venezuelans have fled their homeland due to a variety of political and economic strains.

When the migratory pattern started, many governments and international humanitarian organisations believed that the refugees exodus would be a temporary one.

That, however, has not happened, leaving governments in Colombia, Peru, Ecuador – hosting the overwhelming majority of the Venezuelan refugees – to discard old beliefs and search for new strategies.

It was no longer sufficient to try to tackle the refugee issue as a temporary one to be remedied with international humanitarian relief services. It was now necessary to think of them as long-term, if not permanent, members of their local communities.

The realisation that the refugees might be long-term community guests means that city and national officials have to consider constraints on services such as housing, water, and transportation needs. 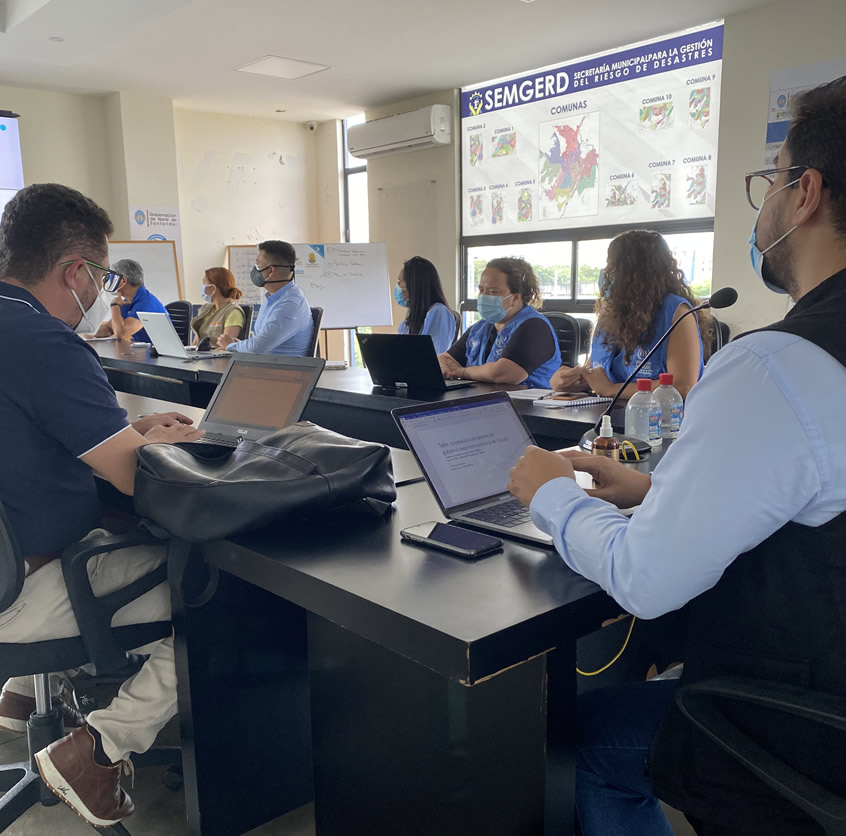 Several local and national Latin American leaders have now opened discussions with UN-Habitat to use the Inclusive Cities, Communities of Solidarity programme, an initiative born of a strategic alliance between the refugee agency UNHCR, the International Organisation for Migration, and UN-Habitat -- supported by the European Union.

The programme comes with the Urban Inclusion Markers, a UN-Habitat trademark toolkit that is now in demand by many cities across Latin America.

One such city is Cucuta, a Colombian city on the border with Venezuela, with a population of 770,000 residents, and host to many Venezuelan refugees, many of whom use the city as a major transit point.

“The Marker has the possibility of becoming a benchmark for accountability by local governments, in order to show the transparency and efficiency of the policies formulated,” said Roi Chiti, UN-Habitat’s coordinator for the Andean Countries and Director of the Inclusive Cities Project.

The Marker will help solve “problems of access to basic services, health, culture and green spaces, and that is precisely the definition of an Inclusive City,” he added.

UN-Habitat last month showcased the Urban Inclusion Markers toolkit for the Cucuta mayor who has adopted it in designing the city’s Comprehensive Improvement Neighbourhood plan.

“This tool allows us to have a true Comprehensive Improvement Neighbourhood plan that transcends housing and even allows us to find a way to consolidate an ‘Urban Observatory,’ one of the proposals that this administration has sought in order to be able to take action -in real time- facing urban dynamics,” said the Mayor of Cucuta, Jairo Yánez.

In order to access the Urban Inclusion Marker of Cucuta and the other cities of the Project, click on: https://en.ciudadesincluyentes.org/integration-toolbox/co-creation-of-habitat-and-the-right-to-the-city/urban-inclusion-marker/