Mexico City 12 November 2015 - The government of Michoacán and UN-Habitat signed an agreement that seeks to develop and implement instruments for territorial planning and urban management in six cities of the state. The signature took place in late October in Morelia, capital of Michoacán. "Urban policies should be built in six dimensions to work well within the city: urban governance, productivity, infrastructure, environmental protection, social equity and inclusion; because the quality of life in cities has to do precisely with the attention being paid to urban issues, "said the representative of UN-Habitat in Mexico, Erik Vittrup. This set of six dimensions will be implemented in six cities in Michoacán: Lázaro Cárdenas, Morelia, Uruapan, La Piedad, Apatzingan and Zitácuaro. Secretary of Planning and Environment of Michoacán, Ricardo Luna, said that work will begin in the city of Lazaro Cardenas, a port city. "We will concentrate on the city, not only in the port. We will work because the possibility of joining forces with the municipalities and the UN opens. Areas of collaboration include territorial planning, metropolitan governance, urban development, sustainable mobility, slum upgrading& regeneration and housing policies. 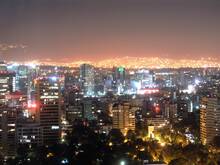